Independence From Imperialism, Community and Environment

Coming soon to a farm near you 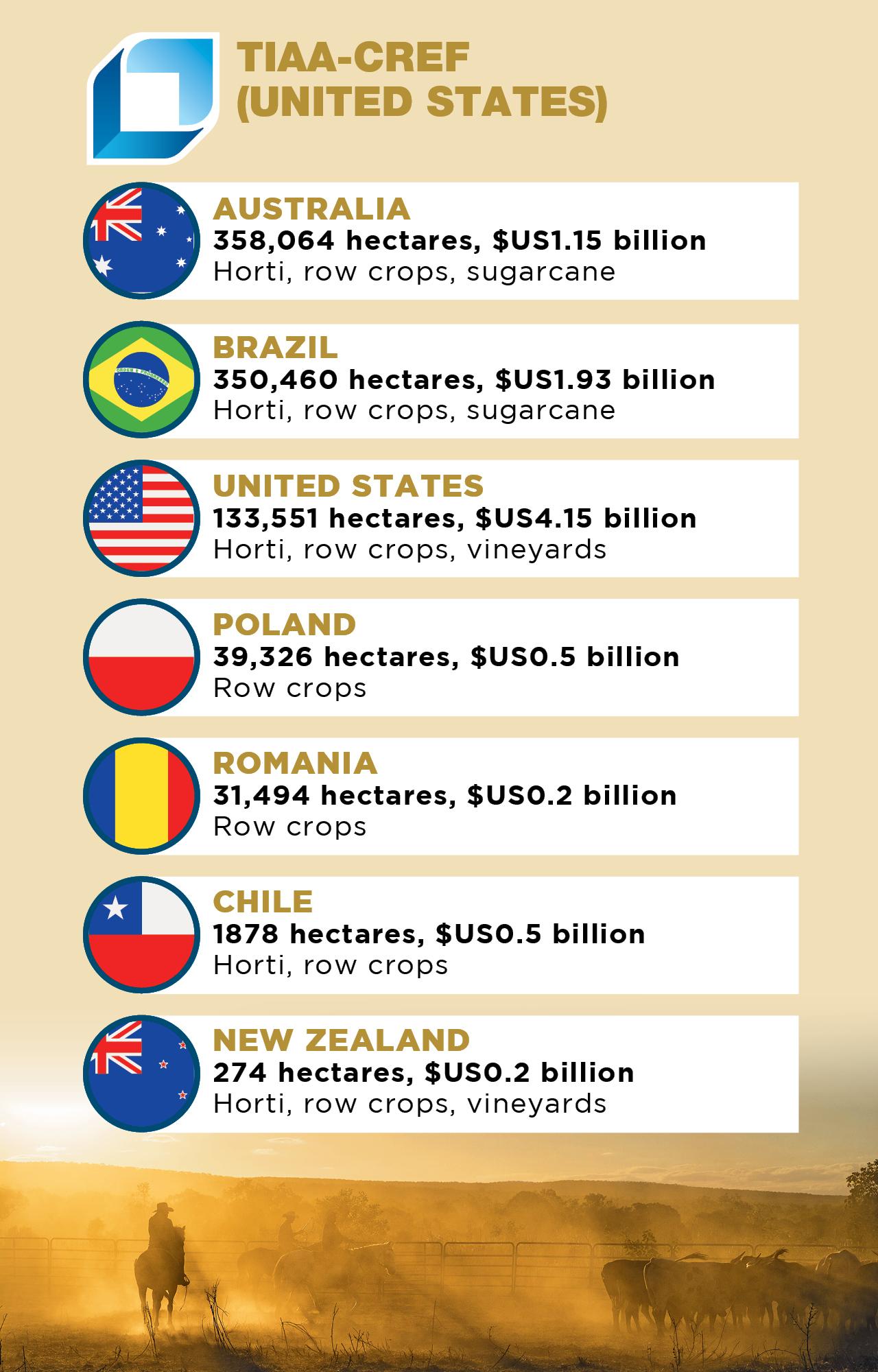 TIAA-CREF. This mouthful of letters stands for the Teachers Insurance and Annuity Association of America and College Retirement Equities Fund. TIAA-CREF is a New York-based pension fund and is the world’s largest investor in farmland.

TIAA-CREF has over US$ 10 billion worth of agricultural and timber assets in 10 countries. Nearly half of TIAA-CREF investments are in crops, with the balance spread among wine grapes, timber, sugar cane and horticulture.

We can be sure that TIAA-CREF will be looking to increase its control of Australian agriculture.

Meanwhile, Australia’s largest salmon producer Tassal has been the subject of take-over bids from Canadian aquaculture giant Cooke Inc. In late June Tassal rejected the latest offer from Cooke, which valued the company at just over A$1 billion.

It’s just as well.  Cooke Inc is a company based in New Brunswick, Canada. It has many subsidiaries, with operations in Canada, the US, Scotland, Spain, Chile and Uruguay. If you visit Cooke Inc’s website you will read many fine words about the Cooke Inc’s commitment to sustainable fishing and its care for the environment. Unfortunately the fine words don’t match reality.

Since 2000, Cooke Inc has been hit with fines totalling $13 million for breaches of various regulations governing the environment, occupational health and safety, government contracting and financial responsibilities. This includes nearly $11 million for environment-related breaches. Incidents have included the use of illegal pesticides and the 2017 escape of a quarter of a million salmon from poorly constructed cages in Puget Sound, Washington State USA, which led that state to ban industrial salmon. Cooke Inc is a good match for Brazilian meat giant JBS with its history of corruption.

This shows the sort of vultures that are circling Australian agriculture. Only united action by workers, farmers and other country people can stop the foreign take-over of Australia’s agriculture