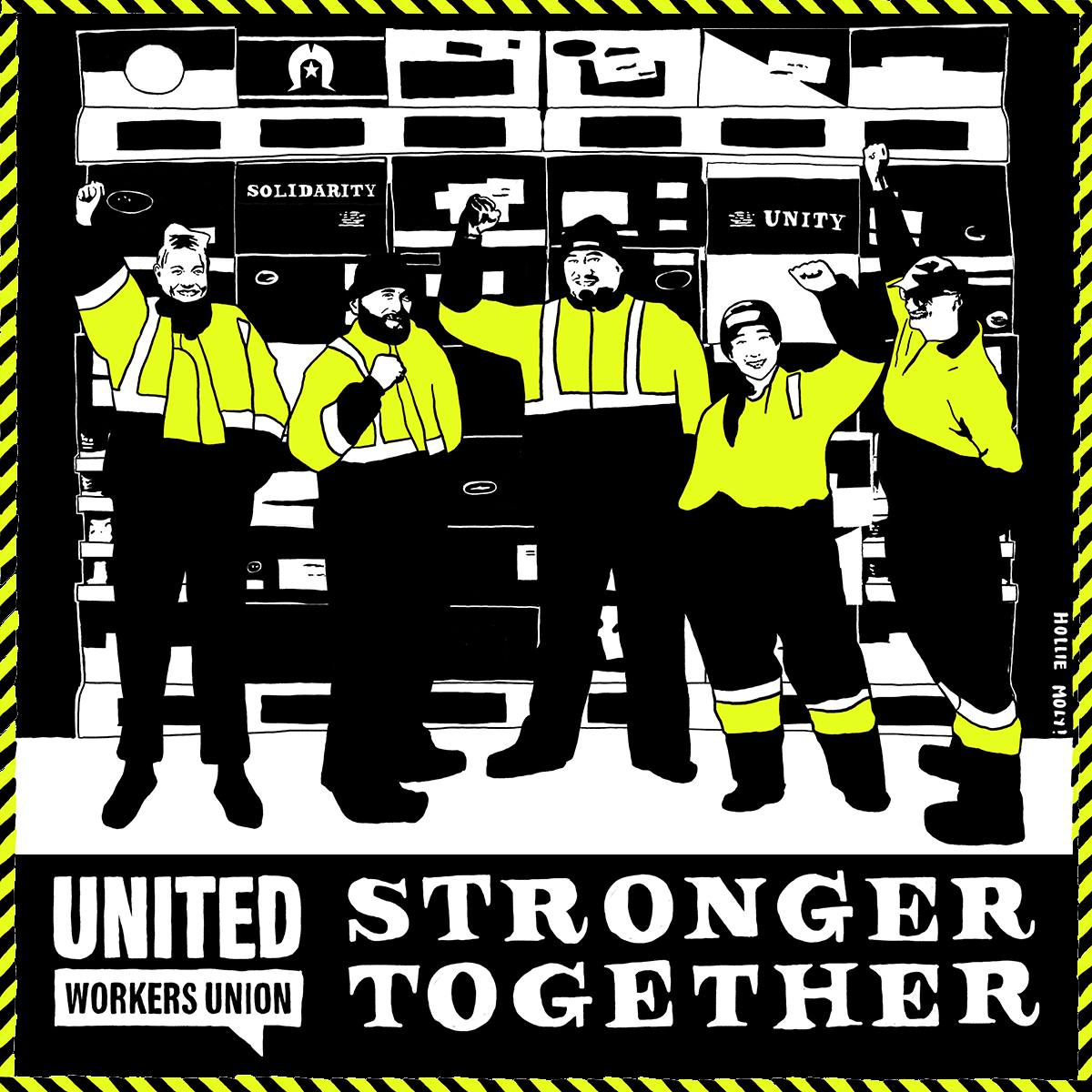 The Bill has been tabled as a response to workers' demands through their Unions to break the shackles of single employer/single worksite Enterprise Agreements.

Cartoonist Bruce Petty captioned one of his cartoons in the early 1990s "Enterprise Bargaining - To Stuff The Worker Completely" as he could see how the Enterprise Bargaining system championed by Hawke and Keating at the time would be a "divide and conquer" the working class strategy of big business.
Three decades of declining real wages and increased profits have proven Bruce Petty's cartoon caption to be correct.
In 2022, the "Secure Jobs, Better Pay" Bill provides two new collective bargaining streams in addition to the two existing streams - Single Enterprise and Voluntary Multi-Employer stream.
The two new Streams are:
• "Supported Bargaining" for "low paid" and/or "government funded" sectors such as aged care and early childhood education which rely on federal government funding of wages of workers in those sectors
• "Single Interest Multi-Employer Bargaining" for other sectors of the economy (excluding small business)
The significant difference between the two streams for workers is that the "Supported Bargaining" sector does require a Union to gain "majority support" of workers in the multi-employer list which the Unions seeks to collectively bargain with, whereas the "Single Interest Multi-Employer" stream requires a Union to provide evidence to the Fair Work Commission that the majority of workers of each of the Employers support collective bargaining with the multi-employer group.
The Fair Work Commission on presentation by the Union of the evidence of majority support, makes a "Majority Support Determination" that the group of employers must then "bargain in good faith"
Unions will have to show the Commission that the employers in an industry or sector of the industry have what the Bill calls "a common interest" and that the targeted employers are "fairly chosen" and "in the public interest"!
What "common interest" and "fairly chosen" and "public interest" actually means is anyone's guess.
However as with all laws of the past, the relative strength of the contending class interests between workers and the bosses targeted for a new collective Agreement will play on the Commission's mind in determining the answer to what these terms mean.
Most workers and their Unions would expect that employers in the same industry or a sector of an industry have a "common interest" in maximizing profits based on "market rates" for wages and therefore would not be too worried about multi-employer Agreements.
However, the "Secure Jobs, Better Pay" Bill does not enable Unions to force employers in different layers of a supply chain to be bound by the same multi-employer Agreement.
For example, Unions may be able to do one Agreement with say three vegetable growers who supply Coles and Woolworths but under the proposed Bill, Coles and Woolworths could go to alternative vegetable suppliers with cheaper labour costs or force their original suppliers to intensify workloads of workers of the vegetable suppliers so that under a new multi-employer Agreement the vegetable suppliers remain "cost competitive" for their customers Coles and Woolworths.
No Real Right To Strike
The ink is still not dry on the new Bill and it has to pass through the Senate before being in a final form as law. However, one thing is clear about the new Bill. There is no real right of workers to strike to win better pay and conditions under a multi-employer Agreement.
Workers involved in both of the new bargaining streams are to be subjected to the same time-wasting secret ballot process before "protected industrial action" is possible.
In fact, for Agreements under the "Single interest Multi-Employer" stream, workers and their Unions will have to give 120 hours-notice of intention to take "protected industrial action" instead of the current 72 hours of working days’ notice.
The new Bill also requires compulsory conciliation by the Fair Work Commission during a workers' ballot for industrial action and either the multi-employer bosses or a Union can apply for arbitration during which industrial action would not be legal.
The whole new Bill in its final legislated form will only commence from July 2023 and any employer with an existing single employer Enterprise Agreement will not be able to be "roped in" to a new multi-employer Agreement until the expiry date of the existing single employer Agreement. So as a mechanism to quickly increase workers' wages as inflation rises above 7% or even above 8% by Xmas 2022, the Bill fails.
Workers, with or without Union leaderships determined to maximize the collective power of members they represent, will find a way to navigate through this new mine field of laws to reverse the decline in real wages that has occurred over the last few decades.
Secure jobs and better wages will always be a struggle when the legal system serves the economic interests of big business spearheaded by multinational corporations.