First Peoples Women are warriors - Invaders have learned not to underestimate them.

Written by: Lindy Nolan on 7 March 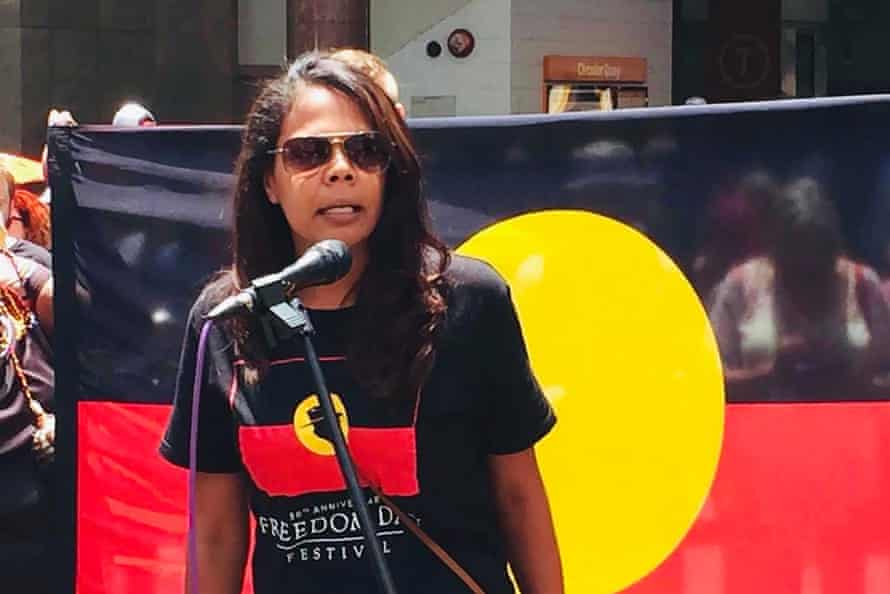 In the concluding section on overarching recommendations, Oscar wrote, “The success of these recommendations depends on governments entering into genuine partnership and ensuring the full participation of our women and girls in the design, delivery and implementation of them.”

The report was addressed to Attorney General Christian Porter.

Who knows if he glanced at it? What’s not surmise is that the issues troubling this continent and islands are systemic, not individual, forecast in 1770 and landing in 1788.

Ownership was the right word. In 1788, most British women were suffocated by patriarchy or struggling in inhuman conditions in capitalism’s slums.
In a world where fake science conveniently supported invasion and suppression, patriarchy was a given.

How could colonialists understand the division of labour that meant women here both raised children and, assisted by those children, provided most of the food? This economic power meant their standing and Lore was as powerful as men’s.

Most colonial administrations tut-tutted at massacres, like those committed by the Prime Minister’s forebears, or looked away. Women were slaughtered because they were “breeders” of future men, not because of their own power. Murder, kidnap and rape were early weapons. This illegal nation is founded upon them.

By 1901, it was not fake science or a squeaky new Constitution that most powerfully underpinned British power. It was monopoly capitalism. Lenin and others defined this development of capitalism as imperialism.

In 1901 seven British Colonies morphed into a British puppet state. The racial superiority of eugenics is embedded in Federation’s illegal “Australian Constitution”.

Despite reserves that opened lands to capitalist profits and stealing children as policy, First Peoples women still refused to bow the knee. Like men, they resisted by secretly teaching culture, by mission walkouts, Days of Mourning and more. Resistance bubbled along, sometimes breaking out.

Finally, in the 1960s things exploded, with the Referendum’s powerful united front, and the Gurindji struggle against the biggest landowner on the continent, British-owned Vestey Pastoral Company.

Women and children, who also laboured without pay in the Company homestead, walked off to great hardships. Their descendants like Brenda Croft, unlike those old women, are better known powerhouses fighting against corporations and corporate policies like the ongoing Northern Territory Intervention, policies which open Country to deeper corporate exploitation, humiliate all First Peoples, but especially men, and saw sexual medical tests on small children, often without parents’ informed consent, and much, much more.

First Peoples often remind us that they are only three percent of the population. But in 1966 Gurindji determination to sit down in Country as organised workers meant they had strength beyond their tiny numbers. They spearheaded a united front, with First Peoples including powerful women activists, unions, students, churches and many more across the lands, supporting them.

‘Mum Shirl’, before her prison visit pass was revoked always said, “I’m his mum” when challenged about her visits to many Aboriginal prisoners and her support during court cases. By the time she died she had also helped raise 60 children.

Her strength came from culture including the 16 First Peoples’ languages taught her by her grandfather, and from the collective that grew from culture. Mum Shirl and other Elders helped inspire the Tent Embassy and through that almost every Aboriginal legal, medical, housing, children’s, theatrical and detox services established in those heady days.

Huge struggles erupted across the country, and young generations of women were increasingly the public face. Foreign-owned mining multinationals ripping the guts out of sacred Country were often the target.

But it was 1988 that cracked the foundations of the corporate ruling class. It showed defiant possibilities.

Gathering in La Perouse and marching from Redfern, where 40,000 First Peoples lived, came the greatest gathering of clans in the history of this continent and its islands.

Their rallying cry? “We have survived!”

Colonialism and the corporate inheritors of invasion used all their power to exterminate First Peoples, to wipe them from the face of the earth, and failed.
All this and more were background to June Oscar’s report. Women who spoke to her had their own histories, diverse and similar at the same time.

Although much of the document is couched in words of partnership, the report warns that women are rising and uniting regardless of government actions.

They are determined to win.

The Aboriginal and Torres Strait Islander Commission (ATSIC) was the first and only national representative body for First Peoples. Signifying strength, it also had problems inevitable under a capitalist system founded upon exploitation. But for the ruling class, ATSIC had to go because it gave control to First Peoples.

The excuse was historic rape allegations against its chair. He stepped down. Then, the whole organisation was abolished with bipartisan support in 2004. The contrast to today’s parliament is stark.

In December, June Oscar wrote, “The report presents fundamental truths so long undervalued and overlooked: that our women are the backbone of our societies and have been for millennia. In every part of life, our women and girls are there. They are, and always have been, integral to the making of history and the future we all want and deserve.”

It has taken two hundred years for the ruling class to comprehend this simple truth.

From their 1988 crisis, the Business Council of Australia planned to transform corporations into “saviours” for First Peoples after two centuries of “government failure”. They outsourced the blame to the administrations that all along had done their dirty work.

Though they talk of “empowering” First Peoples, that is the last thing they will tolerate. Rio Tinto and BHP were early converts, and they sponsor the most well-known First Peoples’ statement currently circulating.

It takes little to scratch the surface of horrors inflicted upon First Peoples to find corporate profits, or governments protecting them. Waters poisoned by mines, Santos fracking the Pilliga, a “gas led recovery”, developers building on flood plains and demanding dam walls rise and flood sacred sites, or agribusinesses damming rivers dry, Woollies making three dry Aboriginal communities in Darwin fight a Dan Murphy’s within walking distance for five years, and alcohol corporations delaying health warnings while babies are disabled for life with Fetal Alcohol Spectrum Disorder, and on and on and on.

And, in a weapon aimed knowingly at women as enemies, theft of children – including threats against activist mothers and of children being placed with abusers rather than now safe mothers – spirals upward.

Against all this, resistance rises.

Like many First Peoples, June Oscar believes capitalism can be reformed. We strongly disagree. But her report has no corporate sponsors. Its agenda rises from the grassroots.

Wiradjuri leader Lynda-June Coe (pictured at top) who was sought to help lead powerful Black Lives Matter protests says, “Everything we do is from love. We fight from love.”

Like Oscar, Coe speaks and acts to bring First Peoples together. She organised a Wiradjuri clan gathering in 2017. She calls for wider gatherings, and for allies to unite in mass action with First Peoples.

“Let’s stop calling it a government. They’re tyrants. …We need to look at the one percent capitalists running this world… That system needs to be dismantled,” she says.