Election Speculation – What value for people? 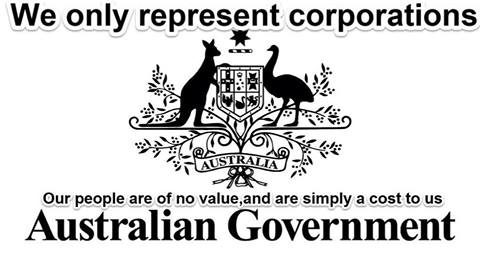 Canberra Journalists have been on tenterhooks. Would Morrison head off to see the Governor? Will he, won’t he, has trickled down to the provinces.

Local ALP and Greens branches have been put on a ‘war footing’, prepared for a Federal Election at short notice. The ACTU has launched its “Secure jobs. Worth Fighting For” marginal seats campaign.

Commentators read the tea leaves in opinion surveys for guidance but who knows when an election will be held. According to law it has to be held by May next year. The speculation on a pre-Christmas election is easing as COP 21, the UN Sustainable Development Conference, and the G20 meeting loom. Morrison flirts with attending.

What is clear is that an election won’t be held over the Christmas holiday season. At least we have them scared enough to leave us alone during our summer break.

But the threat of shoving the Canberra circus even further into our lives brings up just what use that circus is.

One way of looking into it is to ask some basic questions.

Are politicians our servants or does government act as our master? Just think of a few issues where people want things done.

Climate change. Public opinion has three quarters of us wanting serious action to provide avenues out of coal, oil and gas extraction and burning, support for the workers in those industries to transition to other industries, support for applying sustainable technologies and new industries

What happens? Political leaders of both major parties have wilted into confusion and inaction when the top capitalists from the fossil fuel industries and bankers have complained against action. Loudmouth political cretins take up station as fossil fuel megaphones and lobbyists. People don’t get action. We get left slowly stewing as capitalists in fossil fuel corporations are left to prosper.

Government acts as masters of society, not servants of the people.  And its masters for the big money, big multinationals over the vast majority, the rest of us.
Covid crisis early days. People want protection from the deadly virus. Government orders industries to close down, people to stay home. Millions literally, 5 million, found themselves a payday away from poverty, not able to pay mortgages, put food on the table, out of work. The Government offered the starvation New Start Allowance, when people could register for it.

For a week they stood by crying poor-mouth. Government wasn’t there to look after people but held firm with their policy of making unemployment so unpalatable that people would scramble over each other to get what work was available, even at near starvation wages. But then there were no jobs to scramble for.

People’s servants relieving people’s difficulties or masters ordering people to be grateful for what they got, if they could get on the website to get it? Again, barring people at the door not seating them at the table. No service just mastery.

That approach fell apart as people in their tens of thousands haunted the footpaths outside Centrelink offices and their website collapsed under the tsunami of applications. Millions of the desperate, newly without wages, posed a threat of anarchy on the streets. Only after nearly a week when the level of disruption and desperation was hammered into their brains with the prospect of society revolting against its government, did the masters turn towards service, with the clear motive of sustaining their position.

With the Covid lockdowns, people’s unhappiness with insecure casual and contract jobs grew into a burning hatred. Corporate bosses and government love of them just grew. Government outsourcing to casual employers has become a trademark. Qantas, despite the hundreds of millions of government support, wrangled ways of outsourcing more of its work to companies employing people on contracts or as casuals. People want secure jobs. Government and corporate bosses manoeuvre to push more and more into casual and contract jobs. Government serving the people or masters over them?

Back to the coming election.

Dreamers and charlatans carry on about elections and parliamentary government being a way for the majority to run society, for the common interests to prevail, a real commonwealth. That may have been the idea and to an extent the fact in ages past but its miles from that today.

In Australia today, democratic government has become a means for government to rule over the people. The corporate world is in charge. Government jumps to their tune. Corporate bosses have the Prime Minister’s phone number on speed dial. He takes their calls. The needs of the core of Australian corporate world are at the core of government and Labour leaders’ actions.

Apart from the corporate core of parliamentary policies, top politicians act ruthlessly to look after their own special interests. They wriggle and squirm to stay in charge within their parties, hand out favours, do deals, curry favour with corporate and sectional interests. Government leaders flagrantly use the public purse to shore up their support within the party and to curry favour with groups of voters. Accountability is nowhere to be seen. Even the prospect of an ICAC with few teeth makes them faint. Everything is on the table to secure re-election and get hold of government office.

Sometimes there are concessions to people when they are aroused and firing. Jack Lang’s NSW government in the Depression and the 1970s Whitlam Government were the epitome of concessions to the people.

No stone was left unturned to get rid of them as quickly as possible. The Commonwealth Government moved to seize the Lang government funds and was tossed out by the governor when he withdrew a million dollars from the reach of the Commonwealth. Whitlam saw appointment of a Senator against all precedent followed by the Senate stopping funds to the government, again unheard of in a Westminster style parliamentary democracy.

Neither government set out to pose a threat to corporate Australia but did make significant concessions to the people. Even those enormously popular governments were wrangled from office quick smart. Governments looking after people were out and normal mastery over the people resumed.

The idea of politicians being at the service of the people is a wonderful ideal, but it has little to do with the reality of parliamentary government in Australia. Government operates as master over the people, a master for the corporate world.

The coming election, whenever it might be, isn’t offering serious concessions. It will consist of deciding which group of political careerists will be put in office to exercise mastery over us for the next few years.