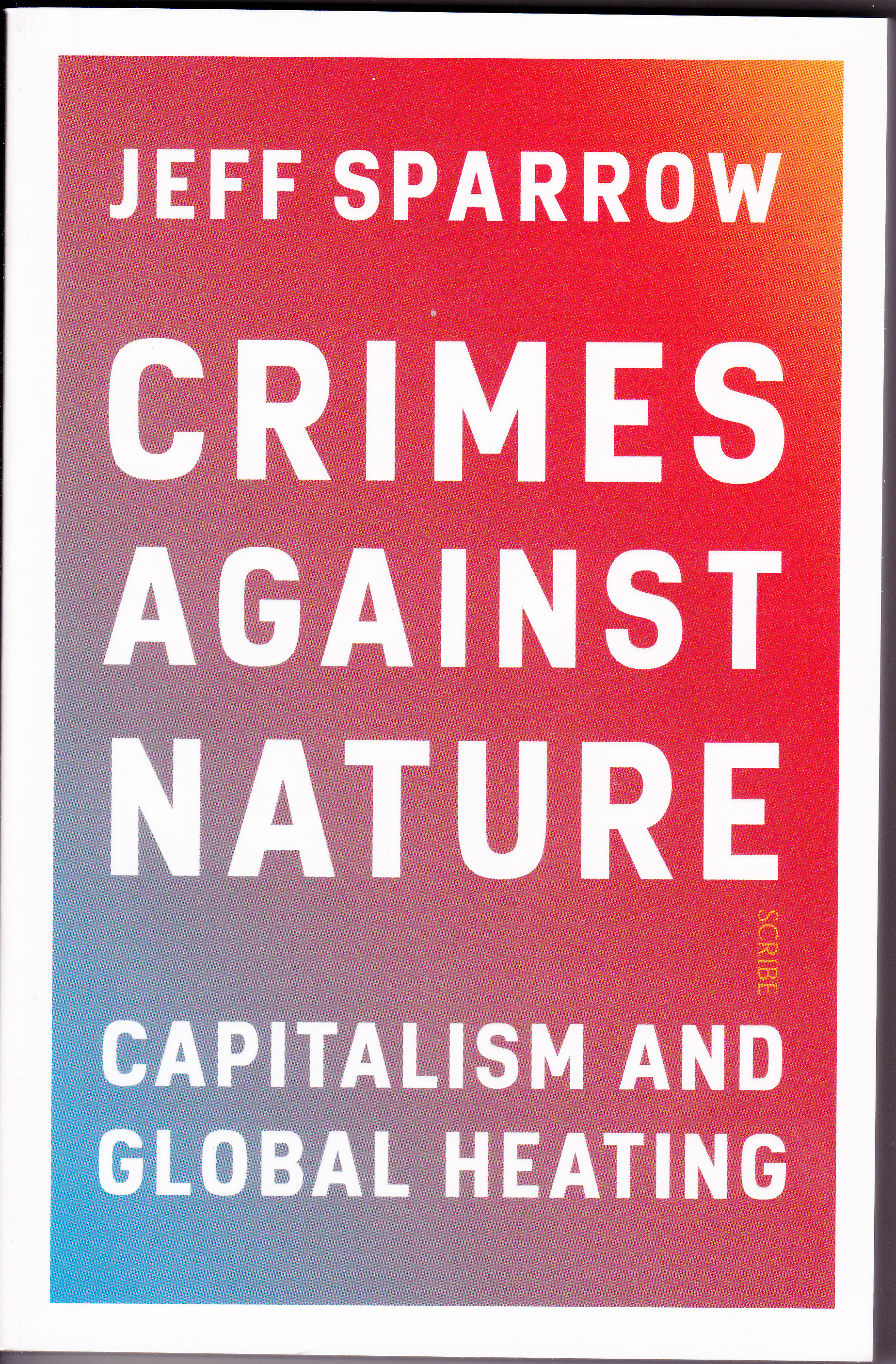 Crimes Against Nature. Capitalism and Global Heating (Scribe Publications $30) by Australian writer, journalist and broadcaster Jeff Sparrow joins other books reviewed recently in Vanguard such as Sold Down the River and Wounded Country in exposing the damage inflicted on the environment by capitalism.

In the introduction Sparrow says, “This book presents a dozen interconnected essays offering a polemical indictment of capitalism’s role in the climate emergency.”

His topics include the colonisation of the Americas, the birth of America’s car culture and the reaction of the tobacco industry, Big Oil and the plastics industry when their activities were exposed. Other topics include the growth of consumer culture, the care that Native Americans and Australians took for their environment, and the industrial revolution.

Sparrow refutes the theories put around by capitalism and its apologists that we are somehow all responsible for global warming and the environmental crisis, that they are an inevitable result of consumer society.

He says, “There’s another history - a true history - that doesn’t defame ordinary people, one in which the villain isn’t humanity per se so much as a particular set of social and political structures that didn’t exist in the past and needn’t exist in the future."

Sparrow quotes a statistic from a recent Oxfam report that says that the twenty-six richest billionaires own as many assets as the 3.8 billion people comprising the poorest half of the planet’s population. We see a world where billionaires can spend billions of dollars launching themselves into space while many countries experience famine and disease.

He says that each year the world spends over $1,900 billion on armaments and $325 billion on advertising. Industrialised nations also waste $680 billion each year on food. Imagine what could be achieved if all this money was directed to saving the environment.

Sparrow also exposes the Malthusian ideas that were popular in the 1960’s and 70’s which blamed over-population for environmental problems. These ideas were reflected in books such as The Population Bomb, The Limits to Growth and the Zero Population Growth movement. He points out the racism inherent in these ideas. It was poor coloured people whose numbers needed to be reduced, not well-off whites.

Sparrow says, “Capitalism will kill the planet. It must be replaced. That sounds daunting. It is daunting-and it would be foolish to pretend otherwise. Nevertheless there are reasons for hope.” He sees the working class as the major force in stopping capitalism from destroying the planet. We wholeheartedly support these views!

Crimes Against Nature is another must-read book for all Vanguard readers.