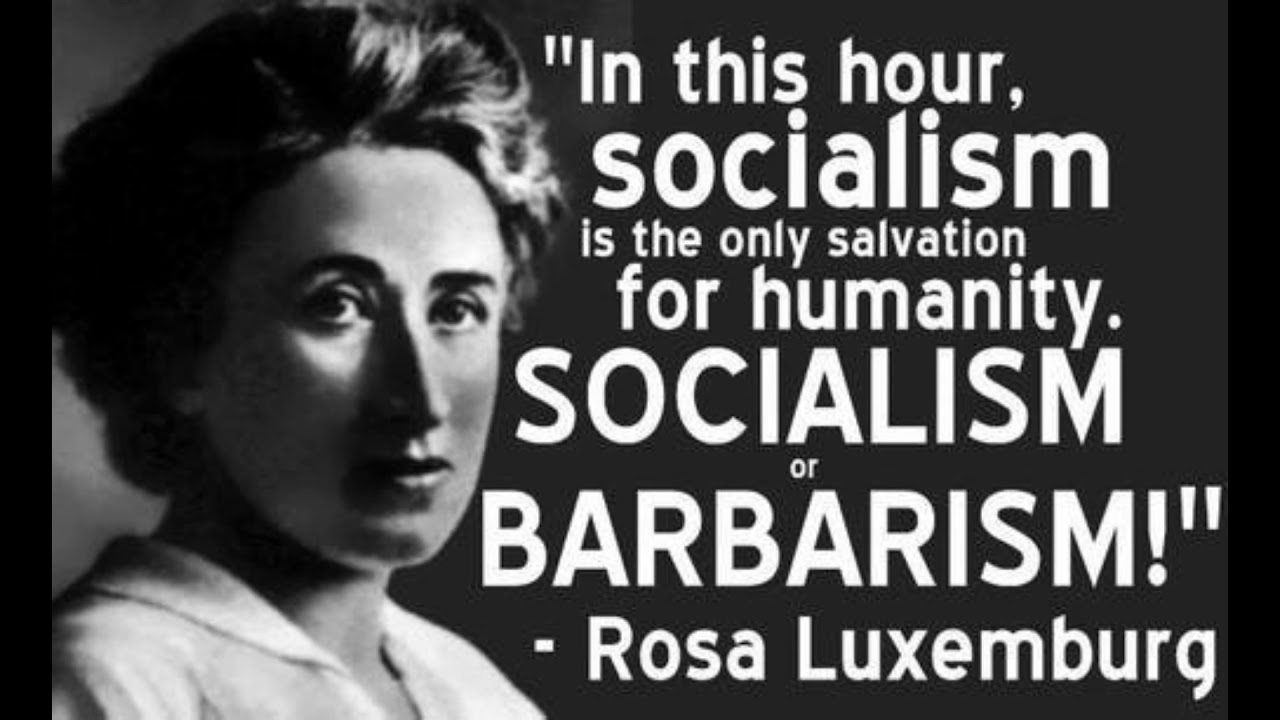 German revolutionary Rosa Luxemburg famously declared that there were only two possible outcomes of post capitalist human social development – either socialism or barbarism.

How did this situation come about? How can it be understood and analysed correctly? What can be done to tilt the pivot away from barbarism?

The cause of the current domestic and international chaos lies entrenched in the nature and development of capitalism, particularly in the most pre-eminent capitalist country, the United States.

The US emerged from WW2 as the most advanced and powerful capitalist country on Earth. The American people were sold the myth of the “American Dream”, where ordinary people could achieve success through motor car ownership, free-standing privately owned houses full of gleaming white goods and televisions, and the occasional vacation to Disneyland or, for the better-off, to the gambling dens and cabarets of Cuba.

Due to post-war reconstruction, this was a time of mainly full secure employment and high unionisation of workplaces.

Organised and unionised American labour is of course anathema to the US ruling class and the owners of the factories, manufacturing plants and mills and the corporate-owned farming sector. To combat this, American workers were, from the 1950’s to the 1970’s, faced with an onslaught of anti-union legislation and thuggery designed to weaken their bargaining power and thereby increase corporate profits.

Made in the USA: Globalisation

The 1980’s saw the US capitalist ruling class fully embrace the concept of globalisation. Manufacturing was moved out of the US and into so-called “developing” countries like India, Pakistan, Vietnam, China, Mexico and the like. These countries could supply labour for US corporate interests at a fraction of the cost in the US with no practical unionisation, appalling working conditions and work hours and usually single party governments armed to the teeth with brute military force in case there was any worker unrest.

The effect of “globalisation” on the work force in the US and in other developed countries dominated by US commercial interests (like Australia) has been devastating.

The hopes and visions of the future for these communities were smashed. Temporary or contract employment (where it existed) became the norm and the standard of living both in financial and social terms was drastically reduced. Union membership fell from the early 1950s to the 1980s from 39% to 20%.
As a result of all of this, any unified pro-worker movements effectively ceased to exist.

Learn from history
One only needs to look back at the rise of Nazism in Germany in the 1930’s to understand this.

As a result of Germany’s loss in WW1, the punitive provisions of the Versailles treaty and the 1930’s depression, German manufacturing was virtually destroyed, inflation was rampant, unemployment soared and an all abiding atmosphere of hopelessness and despair prevailed. In 1933 the Reichstag parliament building was burnt down covertly by the Nazis and with the backing of the mass media, Bulgarian communists were blamed. Socialists and communists were rounded up and either executed or sent to concentration camps. The Nazis then established arms manufacturing industries and the Brownshirts were used to restore “law and order”. Employment grew, the streets were safe again and through a campaign of outright lies and ultra-patriotism, the Nazi party came to power (with the support of almost 50% of German voters).

We might now look back at this time and wonder how on earth an advanced, culturally sophisticated and well-educated populace could be so gullible. How could they believe such absurdities and fictions like the widely held belief that Jewish Europeans were to blame, were sub-human and should be exterminated?

The Nazis gave the hopeless and alienated German populace hope, a vision of the future and someone to hate.

In exactly the same way, the alienated and hopeless victims of globalisation are attracted to right wing fanatics and fantasists who purport to give them hope and someone to hate (even to the extent of believing that paedophiles and children’s blood drinkers are in control of their lives).

It is a mistake to believe that the majority of anti-vax and “freedom march” crowds are fascists. They, like the German people in the 1930’s, are being seduced and manipulated by anti-science, anti-working class and divisive forces ranging from neo-nazis, fairies at the bottom of the garden fantasists, rank political opportunists, multi-millionaire fossil fuel barons and the like, frequently with the backing and support of the monopoly media.

Every Australian, European and American worker knows from their life experience how difficult things are for themselves and their families. They do not believe the nonsense spouted by their governments about record high employment rates or the “capitalist dream”.

With no unified pro-worker forces in existence, the attraction of the “barbarians” will only increase, pivoting toward real barbarism.

The points outlined above must be clearly understood, talked about with our friends and families and publicised widely. Hand in hand with this, great efforts must be made to build unified pro-working class forces.

Will it be socialism or barbarism? We must be able to explain to our children and grandchildren that we learned from the tragic mistakes made in Europe in the 1930’s and did all that we could to prevent and defeat capitalist barbarism.

It is trite to say that a society administered solely for the common good and benefit of the vast majority of its members is infinitely more desirable than one where a tiny minority obscenely benefit from the work and at the cost of the majority.

Since the establishment of capitalism in Europe and North America, we have witnessed unspeakable barbarity as it has sought to carve up the Earth and increase its profits. As this moribund and decadent economic system becomes more desperate to prolong its existence, without strong and unified workers’ movements, capitalism’s insatiable greed for profit will inevitably lead to what Rosa Luxemburg termed “barbarism”.

For the vast majority of human beings on this planet, to ask the question “Socialism or Barbarism?” is in fact to answer it.