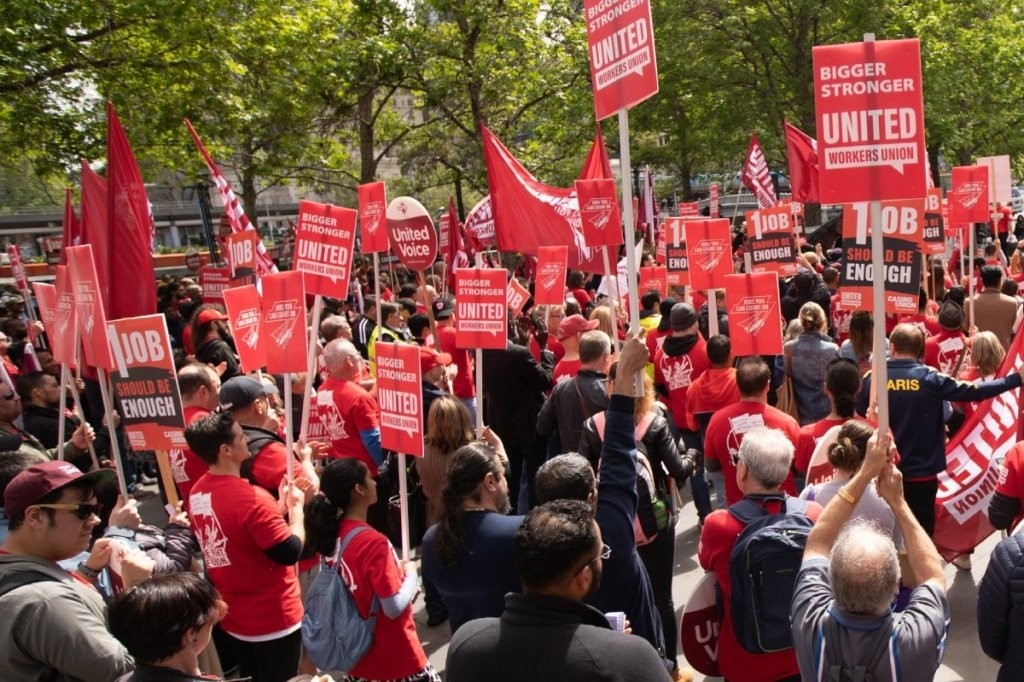 They are demanding substantial wage increases and improved staffing levels.
These workers are Carers and Support Services workers who work in the kitchens, laundries or clean the aged care complexes,
Their action for substantial wage increases has received little media attention and little attention by the federal politicians. The latter are diverting public attention to the Fair Work Commission which is soon to announce its Decision on a 25% wage increase to Award rates by some Unions.
The Morrison Government refused to commit to fully fund any Award rate increase while Albanese said he supported a fair wage increase for Aged Care workers.
The Aged Care workers preparing for protected industrial action are relying on their collective strength to win improved wages and conditions, rather than relying on the outcome of the Fair Work Commission Decision on Aged Care Award wage rate increase (if any).
The Award rates are some of the lowest of any industry. A Level 1 is on $21.61 per hour and a trained Care Worker on Level 3 has a base rate of only $23.39 per hour.
The low wages combined with poor staffing levels and high workloads result in high turnover of labour and contribute to a low level of residential care for aged care residents.
The large private providers in aged care are profit driven and charge residents like wounded bulls through the upfront Refunded Accommodation Deposit they require from most residents. Some of the private for-profit aged care facilities are owned by private equity corporations!
The only way the aged care industry has been able to staff residential aged care has been to rely on new migrant workers to do the work. The "carrot" for these workers is that if they last at least 12 months in employment their visa status can progress faster towards permanent residency. So, they just put their heads down and do the work in the hope they can last the distance.
Continuous employment becomes their primary objective and their low wage levels are secondary.
However, this is changing now as cost of living increases and the high workloads in their jobs have seen thousands of new migrant workers join their Union and join in the current collective struggle for significant improvements in pay and conditions.
Their time has come. Politicians of both major parties can no longer afford, electorally speaking, to ignore their demands anymore.