Abortion banned – who owns US “democracy”? 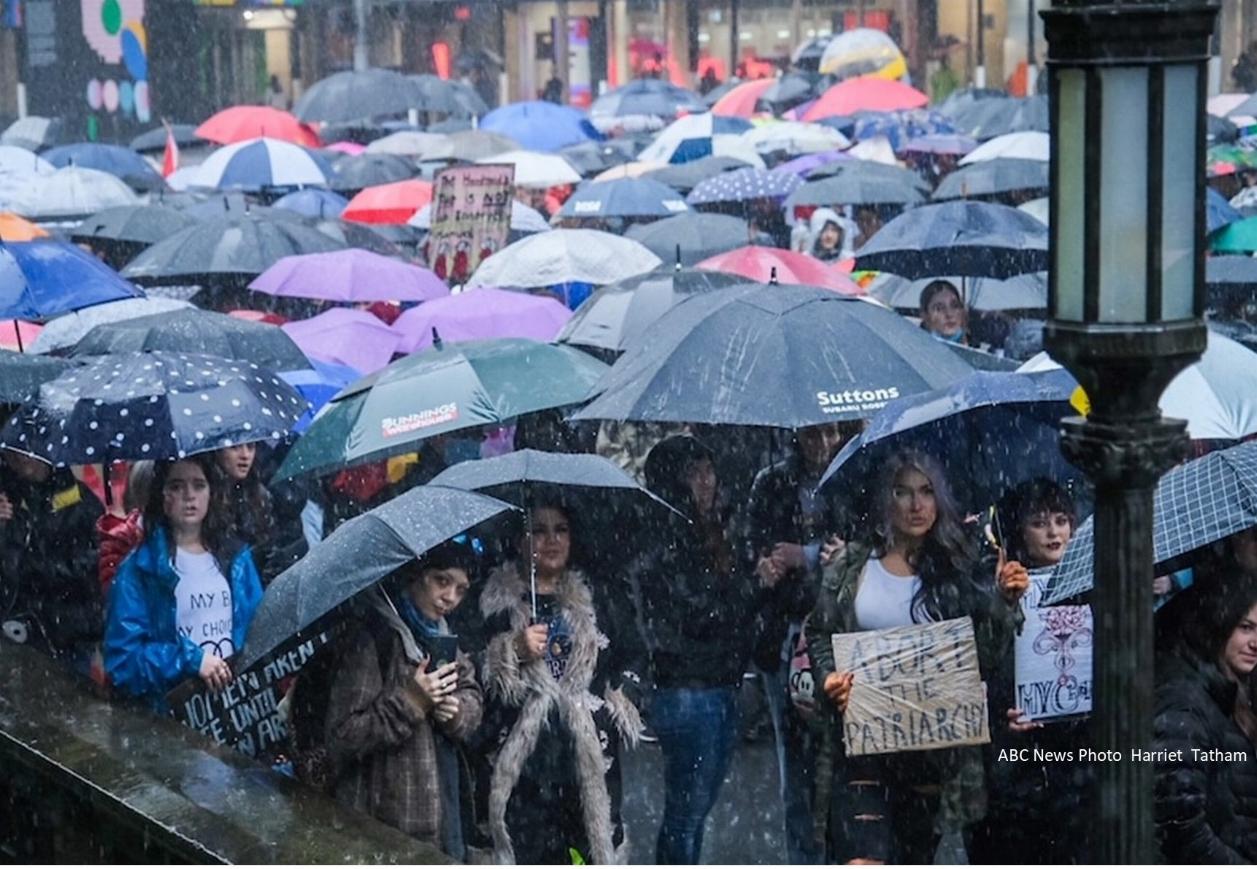 We’re told the US is the world’s most powerful democracy, that we need to defend “the international rule of law”. But just whose law?

Seventy percent of US people support women’s rights to abortion. Yet the Supreme Court ruled otherwise. To ensure their election to the court, some judges said abortion rights were “settled”. They lied. Yet they haven’t been sacked.

Now US health workers in growing numbers of places face jail if they put the needs of their patients before the rules of the state.

President Biden flaps like a dead dodo. He reasserted US international power and alliances (with Ukrainian people’s suffering a gift to US imperialism after Trump’s isolationist withdrawal). But he seems incapable of assisting US women who have lost this most basic right.

Who loses out? The poor, of course. The super-rich will still have access to safe abortions, just like they did before Roe v Wade.

Capitalism has two overarching strategies to ensure its rule: deception and force.  When the economy is going well, deception works best. In crises, force comes to the fore.

The US ruling class is hopelessly divided. Like here, a far-right corporate alliance is led by climate wreckers. It favours hard tactics and cynically uses every division it can to gather its own mass support, while dividing those who oppose it. Attacks on women’s rights to safe abortion are part of this capitalist state oppression, using patriarchy as a tool.

It’s a way to crush people, break their spirits, make them submissive, while endlessly shoving the bullshit of “democratic rule of law” down our throats.

Just ask the world’s Indigenous women what “democracy” they experience. Even in the “good” times, they and their families disproportionately fill and too often die in capitalist jails. Their lands become prizes for mining and gas corporation.

Ironically, given the far right stand against abortion, in 1984 Gina Rhinehart’s father, mining magnate Lang Hancock said “something should be put in the water” to sterilise “useless” “half caste” Aboriginal women. He was howled down!

In fact, well before this, young Aboriginal, migrant and disabled women had already been injected with the long-term contraceptive Depo Provera without their informed consent – despite its significant side effects – until protest stopped it.

Fast forward to 2018, when NSW passed a law to fast-track adoption. It disproportionally affects First Peoples’ young people and their families, who make up 37 per cent of all those in so-called care. It takes the cost from the government of keeping kids as young as twelve alone in motel rooms, whose birth certificates it then changes so they can’t trace their families and hands the financial cost to those who adopt them. The cost of loss to children and their families is incalculable. So much for saying “Sorry”.

Denial of abortion rights, forced sterilisation, stolen children and forced adoption; they are branches of the same poisonous patriarchal colonialism.
Disempowering grief and trauma play out through generations. But First Peoples fight back, led by women.

In the last weeks, women worldwide took to the streets. We not only stand in solidarity with our US sisters, we know such attacks could gradually spread to our homelands, despite recent legalisation of abortion in all states here. We fight for our own rights.

At the Sydney protest on July 2, a woman spoke of her anger that we had to be on the streets again like we were in the 1970s, to ensure women’s abortion rights were safe.

Everything the forces of the people win in this system can be taken away. Everywhere we look, hard-fought victories within capitalism have been overturned.
When things are going well, the capitalist class doesn’t need to exert its rule by force. Far right street gangs that keep the state’s hands clean are not the main component of open rule. The courts, the laws, the police, the military and the jails are.

The US superpower exerts decisive control in Australia, economically, politically, socially and militarily.

There, commentators speak openly speak of potential civil war, the troops coming from the deindustrialised US wastelands of poverty and hopelessness and from the Bible belt. The Supreme Court gives them “moral” and legal firepower.

Women are right to warn it will eventually have profound effects here. Unity, knowledge and confidence in the masses chart the path forward.