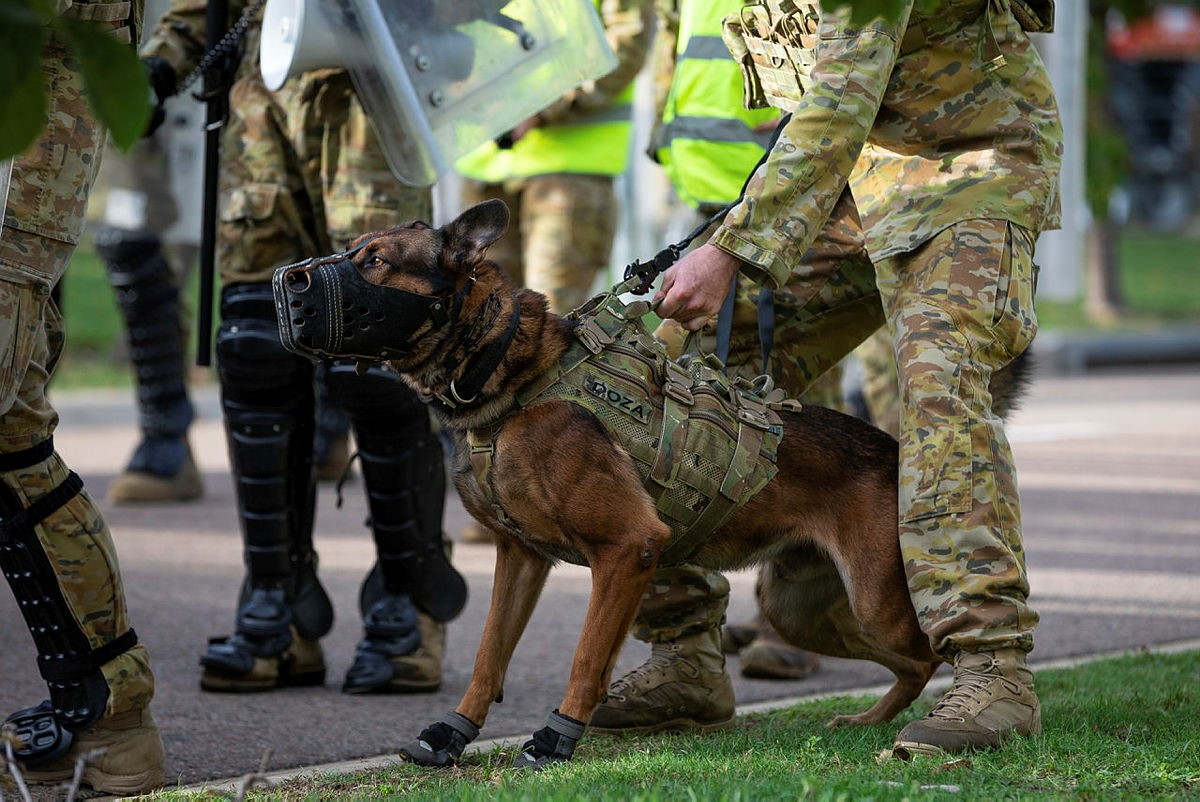 Two recent training exercises for Australian soldiers, focusing on urban warfare and civilian “protection and control”, serve as a reminder of the centrality of the armed forces to the state power exercised by the capitalist class.

With the sole exception of the fight for the defence of Australia from the threat posed by the expansionist Japanese militarism of World War 2, this has never been true of the deployments of Australians in military uniform.

Every other conflict in which Australian troops have been sent overseas has been for the service of empires (British pre-WW2, US post-WW2) that have dominated the Australian economy and controlled the political discourse.

Some might point to peace-keeping interventions in East Timor, various African countries and parts of the Pacific, but these are often legitimised under United Nations authority and are more often in the nature of a policing operation than an extended military conflict.

As a special body of organised men and women, inculcated with obedience to orders, and steeped in a culture that emphasises their remoteness from civilian life, the armed forces are an essential stand-by for occasions when working class militancy and strike actions threaten the economy of the capitalists.  The same heroes that fought the Japanese were sent in to the coal mines in 1949 as scabs in order to break the miners’ strike. In 1989, the RAAF was used to break the strike by the Pilots’ Federation. Both strike-breaking actions by the armed forces were implemented by Labor governments.

If the armed forces are held in reserve as strike-breakers, they are also held in reserve for any large-scale civil disturbance that might threaten the capitalist class’s hold on power.

It has always been the view of Marxists that the armed forces are one of the “chief instruments of state power” (Lenin). Our founding Chairperson, E.F. Hill, wrote in chapter 5 of Revolution and the Australian State (1974), that “The central purpose of these armed forces is to maintain internal order, i.e. in the final analysis to suppress any revolt by the people against the ownership of Australia by the monopoly capitalists” (p. 27).

A military definition of “protection”

“Population protection” sounds fine, even if “control” doesn’t.  But it must be kept in mind that “population protection” originated in the Spanish–Cuban Ten Years' War (1868-1878) when Spanish forces detained Cuban civilians in camps in order to more easily combat guerrilla forces. Over the following decades the British during the Second Boer War (1899-1902) and the Americans during the Philippine–American War (also 1899-1902) used concentration camps to “protect” civilian populations.

The concept of “population protection” had an established military meaning before the Nazis issued the Presidential Emergency Decree of 28 February 1933 which was the basis for "Schutzhaft", that is, "protective custody" -- the power of the Gestapo to imprison people without judicial proceedings.

During the so-called “Malayan Emergency”, the defeat of the Communist guerrillas was closely linked with the re-location by the British of ethnic Chinese in new villages where they were brought under Government control and “protection”.

During the US war of aggression against Vietnam, the US imperialists and the South Vietnamese authorities established “protected hamlets” to intern peasant villagers in an attempt to break their support for the National Liberation Front.

The racist Northern Territory “Intervention” in Aboriginal communities was justified as a measure to “protect” children from sexual and physical abuse. It was carried out by the Army following the suspension of the Racial Discrimination Act.

So, we need to remember the military definition of “protection” when we read reports of ADF personnel practicing its implementation.

At the same time, soldiers from 8th/9th Battalion, Royal Australian Regiment (8/9 RAR), have been training to prepare for operations in densely populated cities and urban centres. The training was conducted at Queensland’s Wide Bay Training Area, an open terrain environment (and recognised for its valuable environment and biodiversity) which also includes an urban operations training facility that simulated a small township “populated by an enemy force”.

In a report on the training exercise, Warrant Officer Class 2 Phil Brown said 8/9 RAR had increased its focus on urban operations training in recent times, and it differed from other types of training.

“8/9 RAR has been increasing the priority of urban operations training as more training facilities become available, and as doctrine is being rewritten for the contemporary environment,” Warrant Officer Brown said.

The rewriting of military doctrine for the “contemporary environment”, and increased focus on urban operations including population “protection” and control, should serve as a warning against complacency for Australians seeking changes of substance to the inequalities and injustices of capitalism, and the subordination of Australia to imperialist dictate and influence.