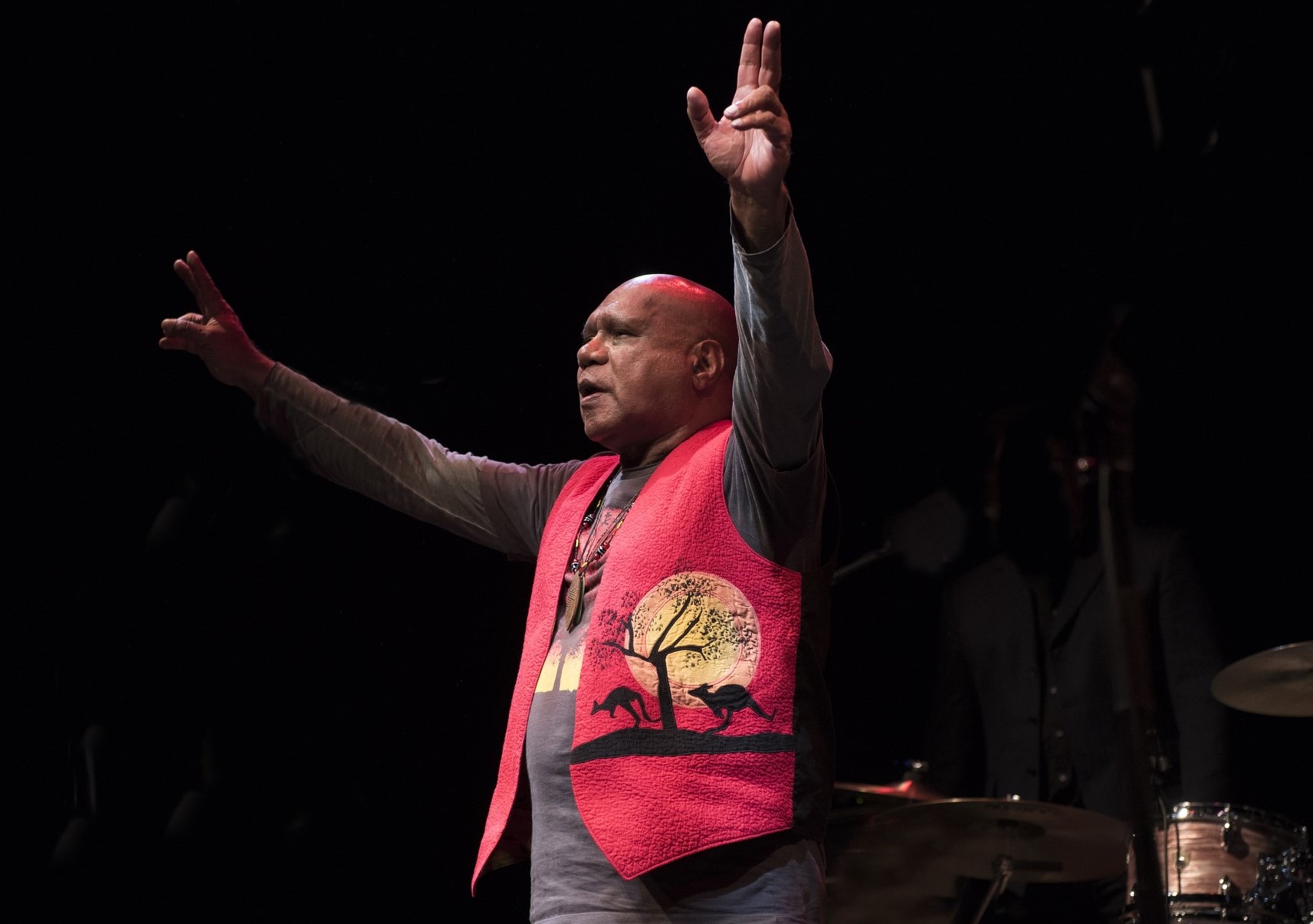 A few years back, a comrade questioned why I commonly used the word ‘grassroots’ and what it means. It’s one I hear and read First Peoples use again and again to describe themselves.

Despite his fame and success, Bundjalung and Gunditjmara man, Uncle Archie Roach, a epitomises what it means to be grassroots.

Those who knew him personally and best will also know his inevitable weaknesses and failures. The brutal hand of ongoing invasion and of capitalist economic, cultural and political violence fell hard on him. Immense suffering through his life played out in both his early death at 66, and that of his life partner Ruby Hunter at 55.

Being grassroots is collective. It means the opposite to capitalism’s so-called Big Men of History, those that German communist and dramatist, Bertolt Brecht so powerfully demolished in ‘A Worker Reads History’ (1):

“Who built the seven gates of Thebes?
The books are filled with names of kings.
Was it the kings who hauled the craggy blocks of stone?
… And even in Atlantis of the legend
The night the seas rushed in,
The drowning men still bellowed for their slaves.


“… Young Alexander conquered India.
He alone?
Caesar beat the Gauls.
Was there not even a cook in his army?
Each page a victory
At whose expense the victory ball?
Every ten years a great man,
Who paid the piper?


So many particulars.
So many questions.”

His demeanour was gentle, but his message remains rock hard. “Tell me why” is both a song and the title of his autobiography.

Everything published by him shows his kindness, generosity and humility, his lack of ego, as well as his courage to stand against injustice, even as he faced his own imminent death. He has much to teach us all.

Through cruel and bitter struggle both he and Ruby learned who they were and knew where they belonged – with their families, their Peoples and their Country.

In 1988, he and other Aboriginal Peoples from every corner of these lands, united in Sydney on January 26 for the genuinely historic Survival Day March. They marched in defiance of the multi-million dollar “Celebration of the Nation” and its hideous national chauvinism.

Many true words will be written about Archie Roach. The big end of town will also try and claim him as their own. But he remains always a grassroots’ man.
His life and voice will continue to quietly demand answers, to demand action.