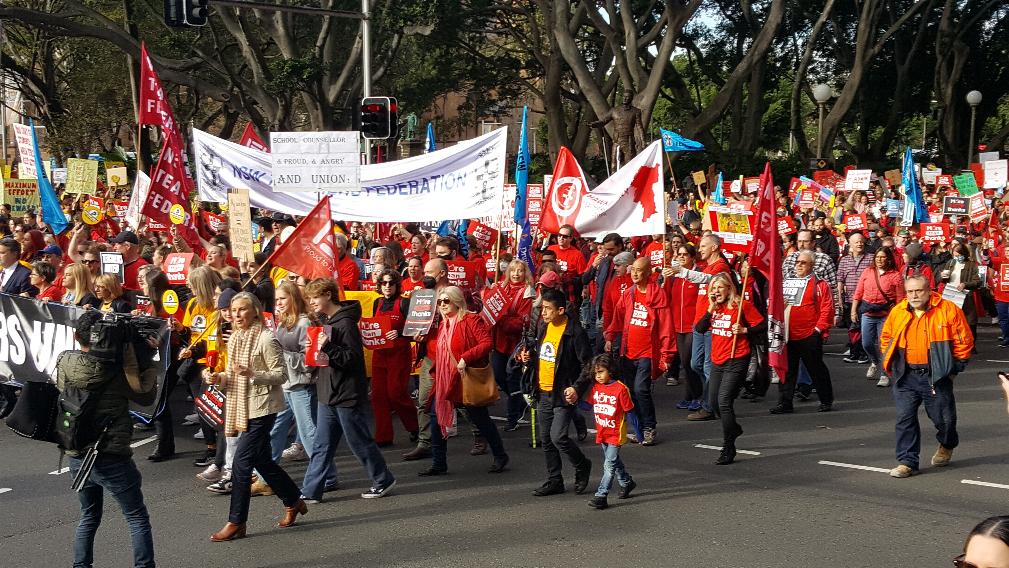 Invited to sit around a table like one big happy family about to enjoy a meal, and hosted by the new Prime Minister Anthony Albanese, were representatives of many Australian interest groups including businesses and workers.

Called the “Jobs and Skills” summit the meeting was based on the premise that all these groups, especially those representing employers and employees, have common interests and by working together they could help build “a stronger economy and a stronger Australia”.

Businesses and their employees do have common interests, up to a point. Workers need jobs so they can earn a living and bosses need the labour power of workers to make profits.

However, when we look at how the wealth produced by this arrangement is distributed the idea of one big happy family ends.

In reality, the interests of workers and bosses are diametrically opposed. Workers require increases in wages so that they can cope with the surge in the cost of living.

They also need to have a say in the conditions under which they work and be free to struggle for better pay and conditions.

On the other hand, owners of businesses want to pay as little as possible and impose working conditions that lead to increased productivity in order to maximise profits.

Experience of what happened to wages, conditions and workers’ rights to struggle under the Accord should serve as a warning.

Having a seat at the table is no guarantee that workers will be better off. In fact, they could be much worse off.

One result of the Accord was that workers had to pay for their own wage increases through being more productive while the proceeds of the increase in productivity were gobbled up in the form of increased profits.

Unlike most meals, this get together has seen the sweets served up before the main course. Measures that may prove popular with sections of the population have been offered up as sweeteners.

The main concern addressed so far is that enterprises have all the workers they are crying out for, both skilled and unskilled.

The talks about what wages and conditions this enlarged workforce will work under have been put in the too hard basket. We will have to wait for these crucial talks to take place, and it’s not hard to see why.

They would show up the fundamental differences between employer and employee when it comes to divvying up the wealth created in the workplace.

The new Labor Government has already indicated where they stand when it comes to workers’ wages and conditions.

They have pledged to go ahead with the previous government’s tax cuts for the rich.

That money would be better spent on alleviating conditions and paying wage increases to those working in essentials services like public schools and public hospitals.

It’s as if the overcrowded classrooms and hospitals, extreme staff shortages and staff burnout are not as important to the government as tax cuts for the rich.

This does not auger well for the future talks to be held over the next 12 months and which are designed to (in the government’s own words) help shape the future of Australia’s labour market.

If the interests of workers are to prevail, they will have to learn the lessons of history and not put their faith in a parliamentary system which so clearly favours their adversaries.