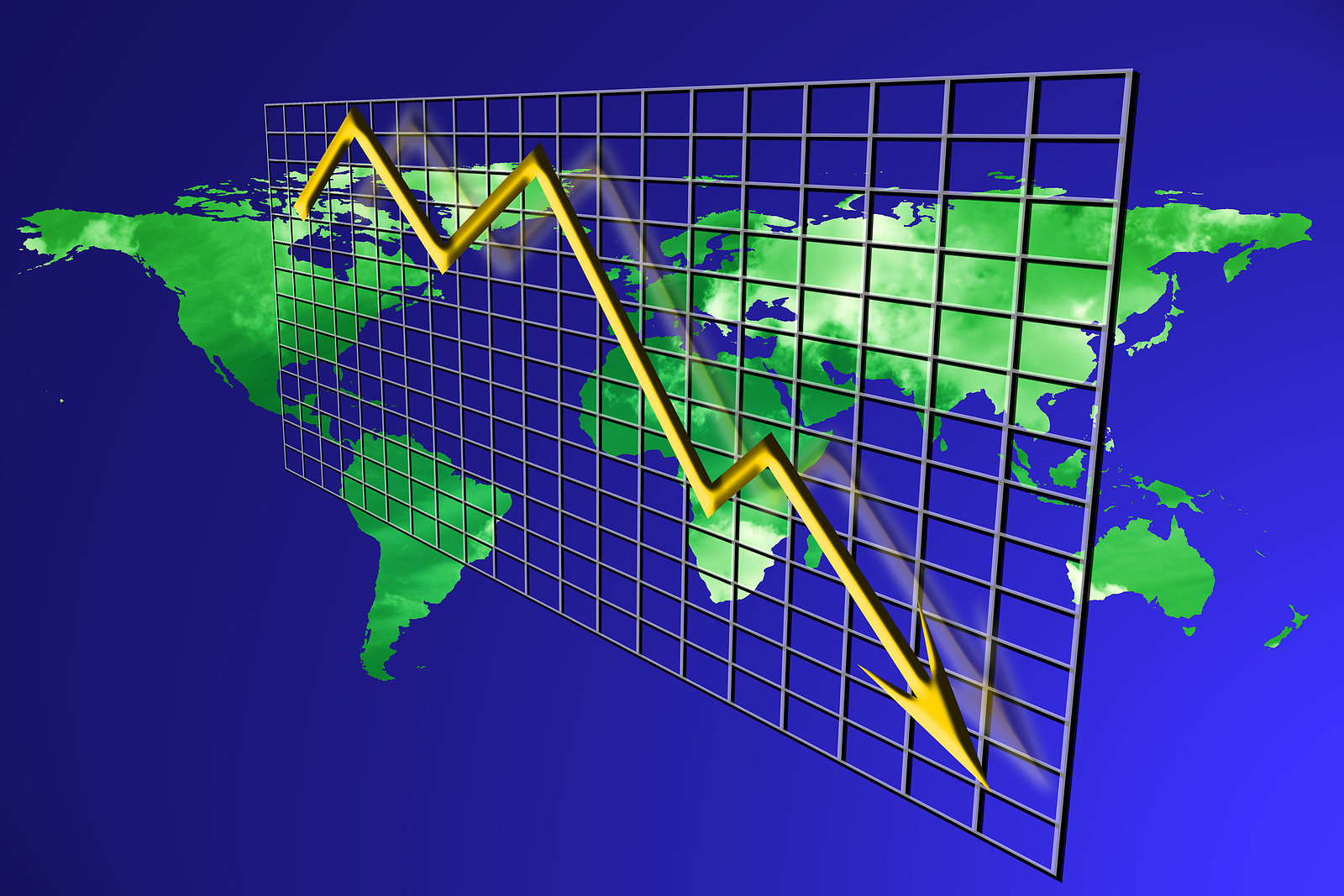 Statistics from major international financial institutions have revealed a general slowing of the global economy with problems predicted for 2023. The economic downturn, however, will not be uniform, with clear disparities between regions and countries. Australia will also face a particularly troubled time ahead following an already decade-long history of declining living standards together with being a major player with US-led regional foreign policy and the economic responsibilities of being a 'hub' for 'US interests' .

Recent information from international financial institutions has revealed a major global economic down-turn from 5.8 per cent in 2021 to an estimated 3.0 per cent this year, followed by a further decline to an estimated 1.9 per cent or even lower in 2023. (1) Studies of the problem have revealed widespread discrepancies between regions and countries. The region covering South-east, East, South and Central Asia, for example, is forecast to grow by 5.3 per cent this year and much the same in 2023. (2) The major advanced, industrial economies, by contrast, may only grow by only 1.0 per cent in 2023. (3)

The Euro-zone has been particularly hard-hit with the effects of the war in the Ukraine; their economic growth rates for 2022 are projected at about 3.2 per cent, falling to 0.3 per cent next year. The German economy was projected to grow at about 1.7 per cent in 2023, but is now expected to contract with a shrinkage of 2.4 per cent to minus 0.7 per cent. (4)

Australia had a forecast 2.5 per cent GDP growth rate for this year, with an estimated 2.0 per cent next year. (5) Elsewhere, however, it has already been forecast that the Australian economy is now expected to slow to a growth rate of about 1.0 per cent with the US trailing behind at about 0.5 per cent. (6) It is important to note that Australia has become particularly susceptible to global economic trends: decades of de-regulation, privatisation and liberalisation of a relatively small economy composed of about a 13 million-strong workforce has exposed the country to strong competition from larger, neighbouring countries, with relatively low wages.

Domestically, Australian workers in the manufacturing and other sectors have seen their wages remain flat for a decade or more, while corporate profits have doubled. (7) The use of casual workers has been used by employers to systematically weaken workplace trade union organisation. The Covid-19 pandemic has also exacerbated economic considerations: a recent study of the Australian workforce, for example, found seven per cent were now holding more than one job to make ends meet, amounting to 900,000 workers; before the pandemic it was only slightly above five per cent. (8)

Australia's economy is also diverse, with China remaining the strongest trading partner. (9)
Reliance, by Australia, on the so-called 'alliance' with the US has also, therefore, created problems with the present Cold War: US-led war-mongering and hostile diplomacy toward China has drawn Australia into a situation whereby trade sanctions have already hit the economy.

While economists with international financial institutions have provided differing projections and assessments for the global economy in 2023, a recent statement from the World Bank should be regarded as central. The bank predicts three likely scenarios:

a.   economic growth will average at about 1.5 per cent;

b.   a sharp downturn will take place and economic growth will fall to 0.8 per cent;

Coverage of the problem and the wider implications has tended to be extremely diplomatic, with careful wording to avoid the risk of a panic stations mentality: a recent OECD report, ‘Paying the Price of War', for example, used the G20 countries as a sample and noted economic forecasts were reduced with only three countries seemingly not affected. One of the three countries was the UK, where economic growth rates are already zero and unlikely to improve in the foreseeable future. (11)

The general, historical rule, has shown that economic decline creates the conditions where social and political tensions rise, within countries, and between them.

In Australia, workers faced with increased costs of living due to inflation are increasingly faced with employers who plead poverty while keeping their shareholders very happy with increased dividends. The superannuation funds of workers are also likely to take a big hit with economic downturn. In the neighbouring region protests from lower socio-economic groups have already shaken governments: in Indonesia, where the economy is booming, mass protests about rising fuel costs for millions of people in lower socio-economic brackets have already raised the political stakes in forthcoming elections.

Regional US-led diplomacy will also continue to attract some supporters while alienating other countries which will seek to strengthen trade links with China on the basis of conducting their own national interest. The problem is likely to lead to hostilities within influential regional trade bodies. It will also increase the likelihood of real-war scenarios taking place in the region, with Australia as a major hub for 'US interests' and large-scale troop rotations through the northern part of the country in preparation for rapid deployment.

The economic downturn presents the working class with an important challenge. Behind the scenes, however, it is important to remember that for the international working class there are few new lessons to be learned in the history of class struggle, calls from some quarters for 'modernisation' remain irrelevant: in the words of Joe Hill (1879-1915) who wrote the song, 'There is power in the Union', one of his last wishes was, 'don't mourn, organise!'.

The key to the successful challenge of the working class to the forces and tyranny of capital is organisation; it remains a central theme of working class struggle to the present day, without it workers are left powerless with their employers and the wider business classes.

An independent foreign policy, ridding Australia of US-led diplomatic influences and all that accompanies it, including the huge financial outlay, is also a demand!