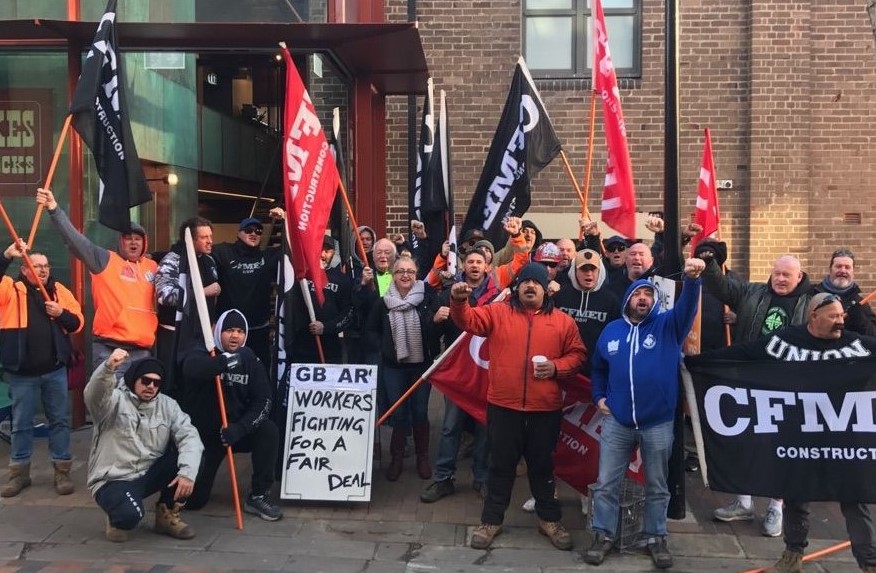 Above: Some things never change under capitalism. We have to organise. GBAR workers' winning picket in The Rocks, Sydney in 2019

This morning an old article emerged from my desk, months after escaping a cupboard. Written during Hawke and Keating’s Capitalist Golden Age of neoliberalism, before Keating announced the ‘recession we had to have’ that got Howard installed, this gem was marked ‘Contributed’.

It began, ‘A couple of mates and myself have been discussing what we’d like to see in Vanguard.’ It briefly praised the paper, then raised concerns.

‘Our discussion arose because we were feeling particularly frustrated at the loss of another working condition.

‘What it was and what industry we work in aren’t important, but we only found out some time later that this had been stitched up between the union and the management in our factory. It stank. Many of us were very angry. But we know if we stick our heads up, they’ll get chopped off, not by the bosses but by our own union leaders doing the dirty work for the bosses.’

‘We didn’t have much idea what “restructuring” meant. Nor did we have clue about “multi-skilling”. Our shop steward was taken off for a talk and to get the good oil. He came back and said it sounded okay, but there was so much to read and absorb he wasn’t too sure what the whole the whole thing was about.

‘Now we’ve found out it means some of our fellow workers have been made redundant, and they were the ones who were militant and union supporters. The sucks are getting all the good jobs. The rest of us are having to work like demons now, and if we’re in the dunny “too long” we cop a blast.

‘It makes us sick that we are losing practically everything we’d won in the good times, and there’s no consultation with us who have to flog ourselves to death. Nowadays there are very few stop-work meetings and when we do have them, it’s to be given orders, not to find out what we, the union members, want or think.

‘We reckon this must be happening across the board and that there must be a lot of anger and unrest around the traps. What we’d like to suggest is that Vanguard get a series of articles going each week about how other workers are making out, the problems they face, whether unions are doing a good job or not, and perhaps get some stories from veterans who’ve been involved in battles over the years and can share their experience.

‘We don’t think each item needs to be too long – three or four paragraphs would do. As for the length of articles generally, we’d like to see them shorter. Your heart drops when you look at a full page of print, and it’s hard going if you’re tired after work. It’s tempting just to go for the shorter stuff and give the longer bits the go-by. Other than that – keep up the good work.’

Have a go mate

The problems are way worse now, but workers still celebrate when they break out collectively.

Not everyone is confident or has energy in this world of unrelenting overwork to write articles, but what about a few paragraphs or some dot points?  What have you learned by listening to workmates, neighbours, family and other friends about what’s happening in the world? We don’t want fancy words, just write like you speak. Simple and straightforward is great, though there are times for longer articles, and deep analysis that draws multiple truths together.

Quantity becomes quality. A whole lot of bullshit becomes a mountain of lies ready for demolishing. A lot of short truthful pieces that matter to people become a weapon in their hands.

So, come on you lot, why not have a go? As some Russian bloke said, only those who do nothing make no mistakes.