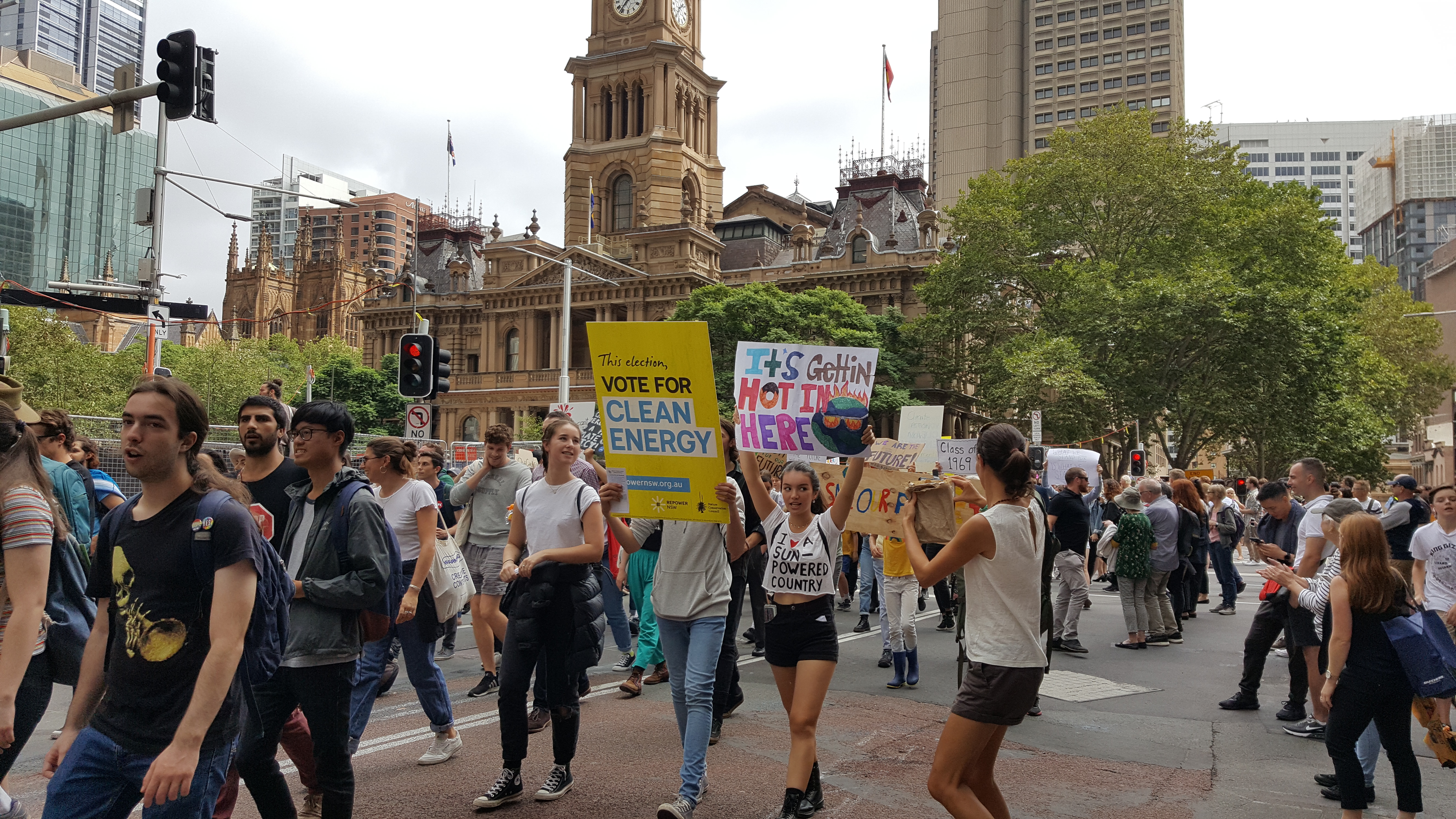 (Above: Young people did way more for climate action than Julia Gillard)

I enjoyed her speech because from the mid-1970s I heard of sexist scumbag Tony Abbott terrorising Sydney Uni.

Kim Beazley, an all-the-way-with-the-USA minister under Hawke and Keating, called him ‘the Bomb Thrower’, because Tony chucked a smoke bomb into an indoor NSW Uni event for visiting National Liberation Front of Vietnam speakers. UNSW was way more working class than Sydney. Tony was smashed to the floor. Roars of approval! He copped more outside, and never came back.

So, if I despise Abbott why aren’t I Julia’s fan?

Comedian Groucho Marx from pre-TV days quipped that he wouldn’t join any club that would have him as a member. My refusal is something else altogether.

Kevin “Everyone Except Me Is Stupid” Rudd came into the prime ministership on two floods of struggle in 2007. The biggest was against Howard’s Work-Choices-for-Capitalists. Union “leaders” promptly shut the floodgates against worker organisation. Kevin with Julia’s “loyal support” starved funds to the Australian Building and Construction Commission, but failed to legislate it out of existence. (1)

Then they set up Work Choices Lite, Unfair Work Australia, with its raft of measures to undermine the ability of workers to organise.

Kev immediately began hammering out a scaffold to cut emissions. UPROAR! Big Coal foamed at the mouth, stamped round yelling. Murdoch too.

Picture Kev up a ladder, hammering away. Like frightened poodles, Julia plus Bill Shorten started digging a hole under that ladder. Down tumbles gutless Kev – AND the emissions’ scheme scaffolding.

It told the people the ALP wasn’t fair dinkum. It sowed a seed in people’s minds, watered and fed and propagated and spread by the carbon corporations, that climate change wasn’t fair dinkum either. In 2007, people understood it as an existential threat. After Kev’s Julia-enforced about-face, many wondered whether it was really so dangerous. Otherwise, why did they back down?

Her later emissions trading scheme was much weaker.

Gillard turns my stomach. It’s not about her as an individual. It’s a class thing.

As Kev’s education minister she was on the opposite side to kids, teachers, parents and community.

Instead of increasing funding and reversing TAFE’s scandalously high casualisation, she drafted legislation making Federal funding reliant on states introducing a “competitive” market for vocational education. This already operated in Victoria. The privatised virus of outrageous rip-offs and sky-rocketing profits plaguing Victoria spread nationwide, despite huge efforts from unions. Instead of education for life and work, lists of repetitive skills were funded and ticked off… or not.

Not content she met Rupert Murdoch in New York.

In 2008 Rupert slagged off public schools on his ABC Boyer Lecture. Next, he lectured the G8 on ‘Education the Last Frontier’ (for mega profits). Rupert sent Julia to Joel Klein, a former corporate lawyer turned “educational genius”, then running NY schools. (2)

Giant edu-corporations wanted to reduce teaching to narrow skills marketed online. For that they needed tests to show where schools, teachers and above all kids were “failing”.

Julia brought Klein to lecture here. In 2010 she launched NAPLAN.

In the first ever Australia-wide teacher industrial action, the AEU banned the tests. It was rock solid, especially in NSW. Finally she used Unfair Work provisions to threaten teachers in Victoria, NT and ACT with $4000-$6000 fines, ending the ban.

NAPLAN remains the cold corporate heart in Australian schools. After years of rear-guard actions, but with no strikes for a decade until last year, NAPLAN’s results are entrenched. Informal league tables falsely comparing schools gutted comprehensive public high schools, curriculum continues to narrow and teaching to the test is all some teachers know.

Julia proved a woman can do just as good a job for capitalism as a man.

Of course, Ms Gillard’s arch enemy Tony, plus Malcolm, Scummo and all their state mates, built on it.

When spontaneous outrage exploded at the vicious patriarchal treatment of Brittany Higgins and others in Parliament House, Julia’s misogyny speech was remembered and welcomed.

Julia’s speech might be of some use in raising spirits. But fixing this mess a class thing, a women’s liberation thing not an individual one. In that, Julia is no use at all.