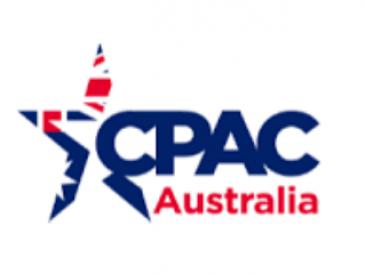 The motley crew of conspiracy theorists, clandestine fascists and others, lampooned their way through a two-day gathering more in line with a pantomime than a serious political forum.

Behind the carefully erected facade, however, lurked dark, sinister forces. Many of those concerned have contradictory dispositions and carry considerable baggage associated with political and religious organisations with which they are associated and actively support. To what extent, therefore, the CPAC represents Liberal Party thinking has yet to be established from their ability to place far-right issues onto future mainstream official policy statements.

The 2022 Australian CPAC was also streamed to over 150,000 viewers worldwide. The Australian organisation is modelled upon its US CPAC counterpart and an organisational part of a global network of shadowy, right-wing political front organisations with interchanging personnel and influences. It emerged from:

The ACU, for example, remains the organiser behind the CPAC annual events. The Conservative Caucus has been noted as 'another New Right organisation having an interlocking directorate with the American chapter of the World Anti-Communist League (WACL) … which acts … as an umbrella for pro-life, pro-family causes'. (1) The latter has been noted elsewhere from declassified US intelligence documents for its extra-curricula activities which have included direct involvement in the Iran-Contra Scandal and support for Central and Latin American 'death-squads'. (2) Studies of the far-right concluded the 'WACL … was … a neo-fascist umbrella organisation that assisted US intelligence operations in Latin America during the Reagan years'. (3) It was also noted the WACL used Stefano delle Chiaie, a notorious far-right Italian terrorist leader, to co-ordinate operations; a CIA report 'during this period described the fugitive Italian as the most prominent rightist terrorist … still at large'. (4) He was allowed to operate with impunity for decades despite being directly linked to numerous terrorist outrages.

The WACL was originally founded in 1966 'as a public relations arm for the governments of Taiwan and South Korea', and operated closely with the US intelligence services through Ray Cline who was the CIA station chief in Taipei. (5) Cline eventually finished his official CIA career as the deputy director of intelligence, and attended numerous WACL conferences together with being closely involved with Major General John Singlaub who became the chair of the whole organisation during the early days of the Reagan presidency. (6)

Its involvement with the Iran-Contra scandal appears to have also followed an established earlier line of operation: a Lao delegate to the Asia Pacific Anti-Communist League, a forerunner of the WACL, was arrested in Paris in 1971, in possession of sixty kilograms of heroin. (7)

Renamed in 1990, the WACL became the World League for Freedom and Democracy (WLFD) as a means of distancing itself from its controversial past of gun-running and drug trafficking. The same personnel, however, merely switched from the old organisation into the newly established WLFD. Both the WACL and WLFD have established strong links with Australia in general, and the Liberal Party specifically. (8)

The CPAC follows a long line of front-type political organisations which gain access to the corridors of power through influences exerted upon traditional parties, although remaining part of the wider WACL/WLFD networks. (9) Studies of the organisations have established a continued pattern of subterfuge whereby 'respectable' political figures provide cover for far-right and neo-Nazi organisations. (10) There has been a tendency for 'mingling political slogans with homilies about Christian ethics and upholding Christian civilisation … together with … Christian organisations as fronts for the WACL'. (11)

Those observing the recent political turmoil inside the South Australian Liberal Party (when right-wing federal Senator Alex Antic tried to stack branches with newly recruited pentecostals) will, therefore, recognise a similar pattern being played out in the leafy suburbs of Adelaide. (12) Coverage of the Sydney CPAC event, for example, revealed some prominent SA Liberals taking a leading role in proceedings. (13)

While the CPAC apes respectability, it has also attracted a lunatic fringe. It was noted in media coverage of the Sydney conference that 'the theatrics returned unintentionally'. (14)

The coverage also revealed a great deal about the problems facing the modern-day Australian Liberal Party which has recently suffered huge defeats in both state and federal elections. It was noted, for example, 'the rancour between disaffected former Liberal voters and the party itself spilled over into the open more than once … and reference was given to ...an on-stage stouch'. (15)

Elsewhere, coverage of the conference revealed some peculiar attitudes more in line with conspiracy theories: former national leader of the Australian Labor Party Mark Latham, for example, stated 'COVID wasn't a disease … but a mental state caused by watching the mainstream media'. (16) So much for medical science.

Latham, currently NSW leader of Hanson’s One Nation party, was representing that organisation, a spurious collection of political personnel which for decades had latched onto popularist causes, including those often associated with the far-right and religious intolerance and racism.

In conclusion it is important to continue to monitor these developments: how the mainstream Australian Liberal Party responds to the challenge of the far-right lurking in its midst and amongst its supporters will be interesting. No doubt the use of lawyers and denial will form part of their chosen method of operation. One well-placed informed source, however, has already noted the Liberal Party was relying upon the CPAC to 'restore conservative credentials'. (17) It remains to be seen what form it takes and what policies will eventually be promoted in the name of an Australian Liberal Party consensus position.

Behind the scenes, however, there remain numerous examples of Cold War positions taken by US-led political organisations with a curious collection of well-connected and inter-changing personnel; Australia remains an important component part of the conspiracy due to its geo-strategic Indo-Pacific location for their regional foreign policy and military planning.