Make the Rich Pay...and then get rid of them! 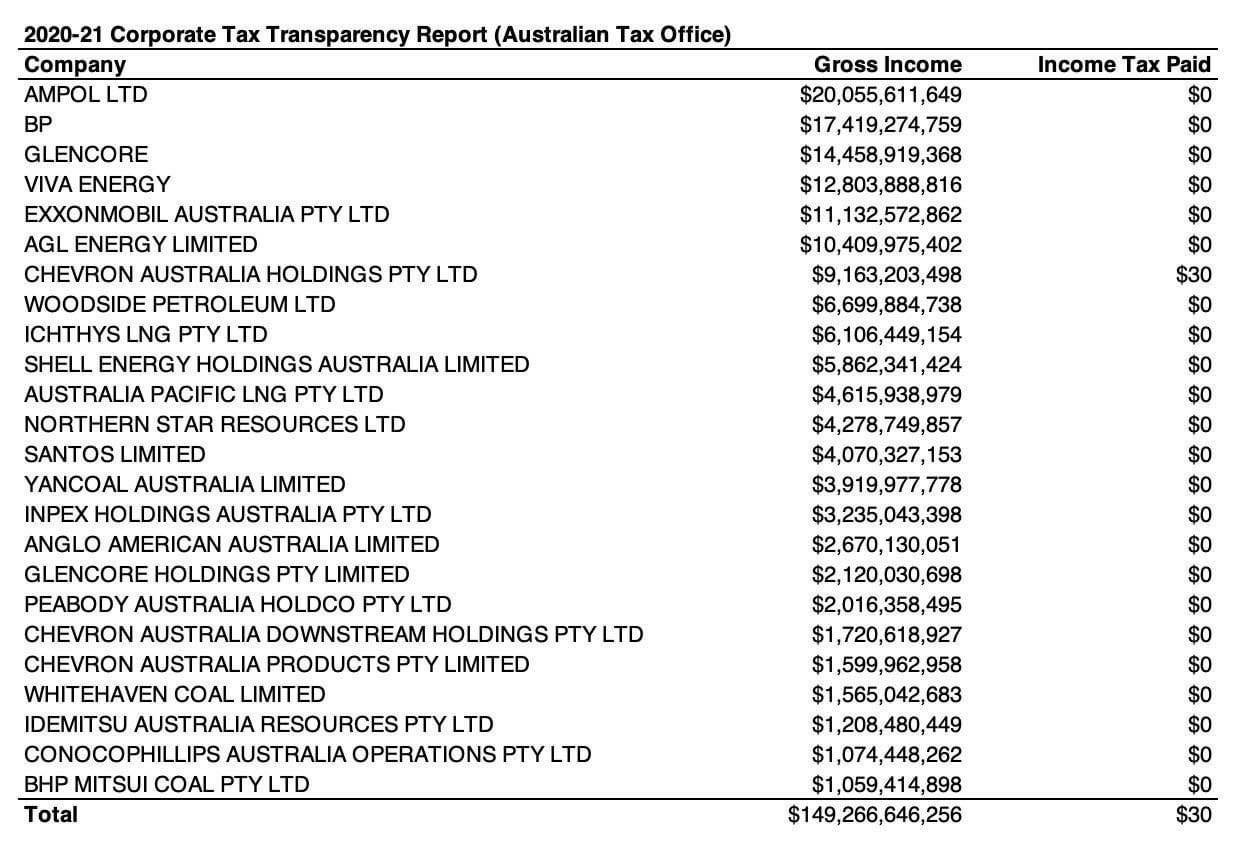 In 2013, in response to people’s demands to know how much – or how little -tax was being paid by businesses on revenue from sales for products and services in Australia, the Australian Tax Office began publishing an annual spreadsheet of entity (companies) income and taxation.

Such disclosures had been fought for years by the Business Council of Australia, by the huge multinational corporations that were notorious as tax avoiders, and their supporters in the Liberal and National Parties.

The figures really only dealt with the tip of the iceberg: in 2013, only companies with a sales revenue of $100 million or more were subject to scrutiny.

The Liberals argued that for privately-owned companies (those without shareholders), the data was an invasion of privacy and the Turnbull government exempted them in November 2015. The exemption didn’t last long, but when they were put back into the scheme the threshold was raised to $200 million, thus limiting the number of companies involved.

In other words, we still don’t know in general what capitalist entities earning income in Australia are paying, or avoiding, in terms of their taxation requirements.

What we do know is that around one-third of those entities that are the biggest companies in Australia (most of these are foreign-owned) are still not paying tax, and that this figure of one-third has been quite consistent since the ATO began publishing the data in 2013.

US multinational Chevron Australia Holdings Pty Ltd is not included in the 32% because, on Australian earnings of $9,163,203,498 it paid a massive $30!

Spare a thought too for Nature's Care Holdings Pty Ltd which, on an income of $ 107,981,823 could not see its way clear of having to pay $1 in tax.  Surely their accountants could have avoided that for them. The company has nothing to do with environmentalism but is a manufacturer of vitamins which in 2018 was taken over by a Chinese state-backed consortium China Jianyin Investment Ltd (JIC) and private equity fund Tamar Alliance owned by Chinese firms Citic Pacific Ltd and Dah Chong Hong Holdings 1828.HK.

Years ago, our Party advanced the tactical slogan “Make the Rich Pay”.  It was based on the premise that the rich weren’t paying enough for the social programs of the people.  It now transpires that the rich constantly strive, and often successfully, to pay nothing at all, year after year.

As an immediate demand, “Make the Rich Pay….something, anything” still resonates.

However, the days when we continue to tolerate the rich at all are drawing to a close.