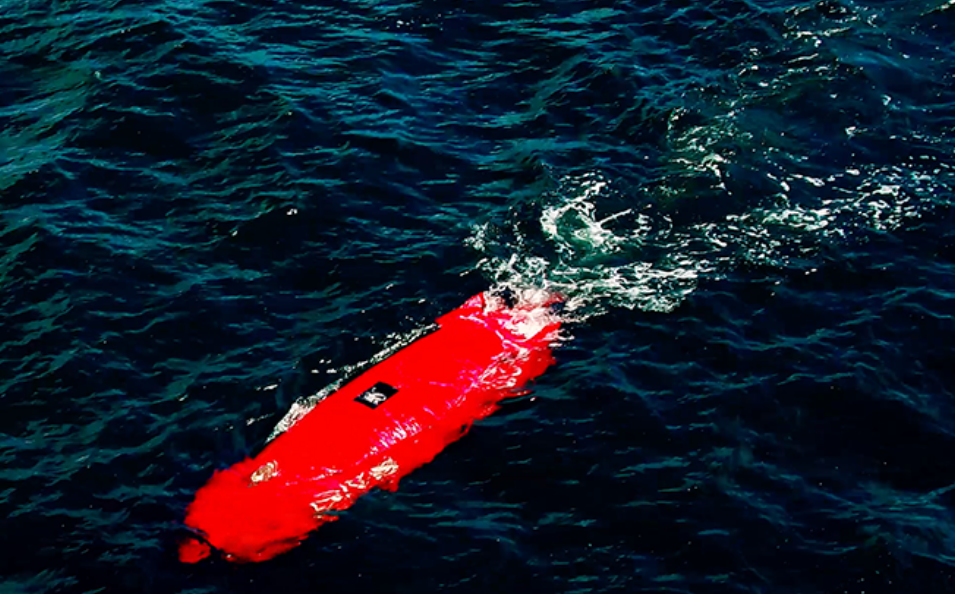 Hidden in recent budget papers, reference to a sensitive defence project involving the acquisition of a ship to form part of a network of sensors and drones, has carried all the hallmarks of clandestine operations. It also indicated US control of the sensor network, although Australian tax-payers have footed the $155 million for the vessel. There has been no comment from the present Albanese government; the acquisition originated in government and military planning during the previous Morrison government.

Recent federal budget papers provided the required authorisation for the acquisition of a new $155 million spy ship to form part of a newly established network of underwater sensors 'to detect foreign submarines and autonomous underwater vehicles'. (1) The use of underwater sensors is nothing new: its origins go back decades through the application of science and technology to warfare techniques. (2) The funding of the vessel was, however, given very little publicity or reference to the newly established nature of the network as ‘the US navy's primary means of submarine detection.’ Described as ‘one of its most closely guarded secrets', it is evidence of a highly sophisticated modern defence and security system. (3)

Submarines are used by governments primarily for intelligence-gathering, possessing the ability to move close to adversaries to monitor areas of interest. Their geographical range together with specific information about sophisticated equipment is rarely openly publicised. The US uses Australian military bases for regional operations, which host sensitive intelligence facilities; they remain notoriously secretive about the extent of their involvement in Australia. Information elsewhere contained in research papers, media releases and defence publications, however, reveals a great deal about their research and development program.

A published list of four major Australian universities researching the 'scale and test creation of magnetic field sensing optical fibres to use for remote undersea surveillance …(which) was of great interest to both Australian and US defence forces', in a mainstream Australian media outlet, has left little to the imagination about the role of academia in conjunction with the US-led military-industrial complex. (4)

There has also been reference to the manufacturing of three prototype autonomous undersea vehicles (XL – UAV), by US company Anduril Australia, capable of conducting missions along the sea floor at depths of up to 6,000 metres for intelligence, surveillance and reconnaissance tasks. Their role is to 'have really sophisticated sensor processing on the vehicle so it can do things, like analyse the signature of the propulsion system, sonar reflections and so on to identify a vessel of interest'. This provides clear evidence of the nature of research and development. (5)

References in an official defence media release revealed a carefully-worded statement about the ship carrying 'small teams … working with un-crewed remote and autonomous systems', indicating its use with drone warfare. (6) The sensor system would appear strongly linked to intelligence provision, with reference in budget papers to 'integration of undersea warfare and surveillance systems'. (7)

The sensor network would also appear to have 'fixed undersea rays … placed strategically … at key choke points on our approaches', which together with references to 'remote' would suggest off-shore sitings particularly in areas of traditional interest, including the South Pacific countries, revealing both range and capacity of the sensor system. (8)

Recent US-led criticism of moves by the Sogavare government in the Solomon Islands to establish a defence agreement with China, therefore, may have to be viewed in this light. The nature of the US-led diplomatic hostility toward the Sogavare government would appear out of usual context toward the small South Pacific country. The secrecy surrounding the Australian Defence Force construction of an Eastern Border Outpost on the remote Temotu province, however, might provide a suitable explanation for the US diplomatic position.

Recent high-level diplomatic initiatives with PNG, likewise, may have also followed similar intelligence assessments of the US regarding their sensor network as vulnerable. Moves by Canberra to follow US regional military planning and establish a Defence Co-operation Agreement with PNG, and upgrade Milne Bay facilities would also appear part of the main plan. The Milne Bay facilities face the sensitive and strategic Coral Bay and Solomon Sea.

Moves by the US to also establish an Asia Maritime Transparency Initiative and updating of their Island Chain Theory of regional demarcation across the Indian Ocean has also carried a similar indication of their new sensor network being used in a wider context of defence and security provision.

The spy ship acquisition followed directives issued with the Australian Defence 2020 Force Structure Plan, which requested investment in the sensor network and recent tenders have revealed the system will use 'fixed, mobile and deployable acoustic rays designed to detect diesel- and nuclear-powered submarines operating in Australia's maritime approaches, and to provide tactical cueing to Australian Defence Force and allied anti-submarine warfare forces'. (9) It should be noted that while the acquisition of the spy ship has been the legacy of the previous coalition government in Canberra and their overtly pro-US policies, Labor’s Defence Minister Richard Marles is strongly supportive if US imperialism, having been mentored in that role by former Labor leader Kim Beazley.

While the US have maintained a tight-lipped approach with their government and military planning, Australian tax-payers have, nevertheless, been left to foot the bill: