What Ukraine and Taiwan say about Australia’s future 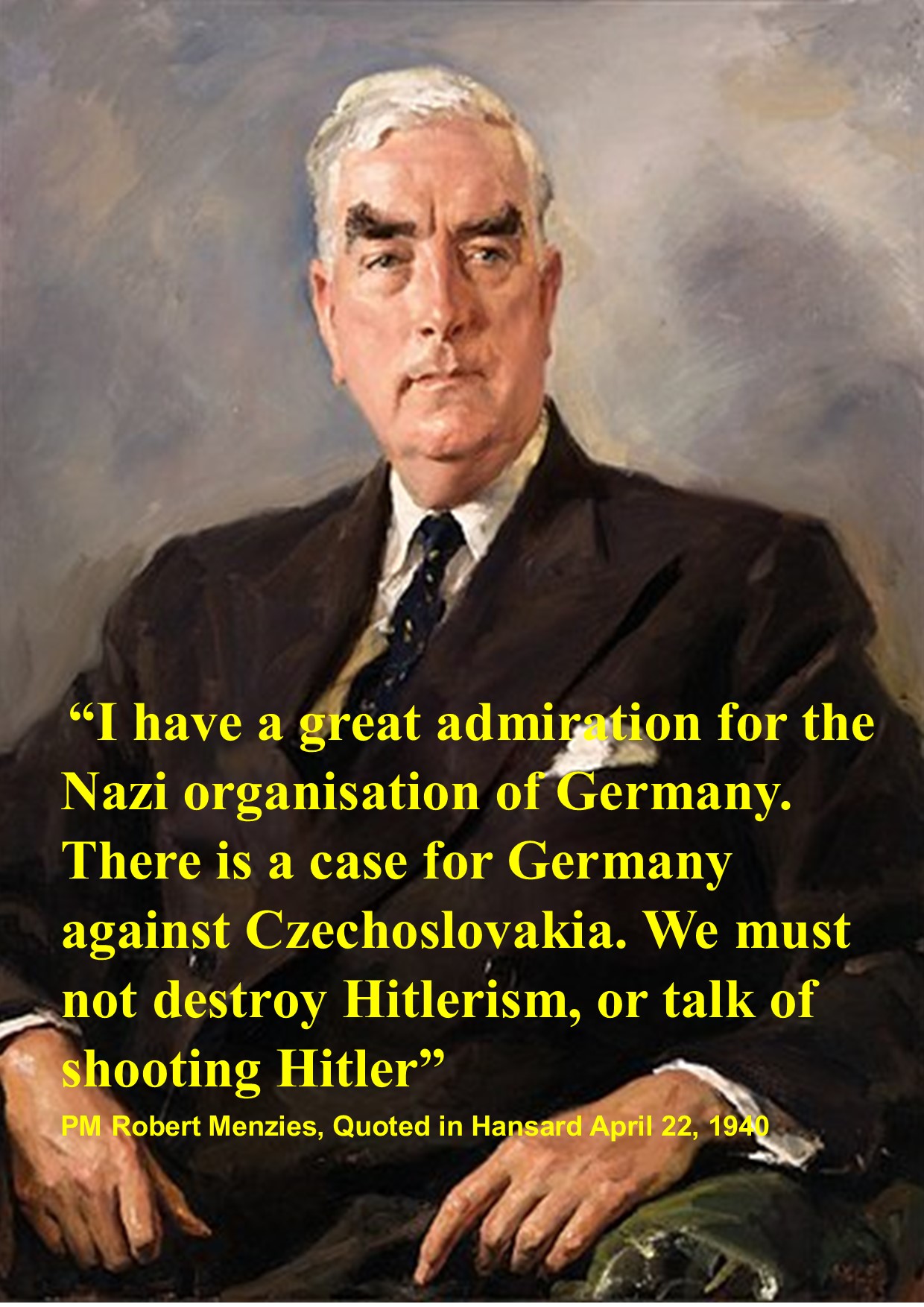 (Above: Menzies banned the Communist Party of Australia in World War 2 and led the referendum struggle to ban it again in 1951.)

In Mid-March of this year, less than a month after the start of its ongoing war against the Russian Federation, the Ukrainian government banned 11 opposition parties due to alleged “links to Russia”.

Some publications have erroneously described this event as a ban specifically targeted at left-wing opposition, but while not all of these were leftist parties (and some may indeed have had ties to the Russian government), this is a very clear example of a bourgeois state using war as an excuse to silence opposition.

More recently in late August, the Zelensky regime ratified Law 5371, removing workers’ right to bargain and unionise, destroying workers’ rights and working conditions. The new implementation of such blatant attacks on the Ukrainian working class could have big implications for Australia, as workers here already face an ever-escalating raft of laws designed to disorganise and disempower them.

It is well-known that every socialist revolution is ignited by some form of crisis, and that historically, war has often acted as such a crisis capable of provoking the working class into revolution. The most obvious example of this is how the Russian Empire’s participation in the First World War was a major contributing factor to the Bolshevik revolution. The ruling class is just as aware of this as we are. It is also well-known that the Australian working class currently has little to no control over Australian foreign policy, and that if the United States were to enter a major war, we’d be one of the first countries to get dragged in, as we always are.

In fact, the Communist Party was banned by the government in Australia during World War Two, and a 1951 referendum to ban it again was narrowly defeated.  Members have been charged with treason. Such actions would intensify if war directly involved China, even though the Australian communist movement is too weak to pose more than a potential threat to capitalism at present.

Early August gave us a very loud reminder of how real the threat of such a conflict is. It’s no secret that the United States is firmly opposed to the PRC and the geopolitical opposition it presents to American global near-hegemony. The United States is already using against China most if not all of the tactics it used against the Soviet Union; however it seems clear by now that in spite of China abandoning socialism decades ago in a manner somewhat similar to the Soviet Union, such tactics simply aren’t working. The longer this continues without any major change to the global situation, the more the United States will consider war to be the only remaining option to accomplish its objectives.

Events in Taiwan over the last six months demonstrate that the US may already be approaching this conclusion – the US clearly hoped that China would make a miscalculation that escalates the situation, in order to justify US actions to “defend” the island. The Communist Party of the Philippines has already reached this same conclusion about the United States’ motives.

If such an escalation were to take place, Australia would undoubtedly be one of the first nations drawn into the conflict, against the interests of the Australian working class.

To most everyday people, actions being taken against the working class in Ukraine may seem like they could only ever happen in a far-off country, but in reality what is happening there may well be attempted here if we get dragged into war with China or another major power. This is not to say that all opposition to our bourgeois regime will be crushed, leaving no hope for the Australian working class, but it does mean that we must be prepared for whatever actions are attempted against us.

So long as we understand the threats we could be facing, and know how to respond to such threats, we can prevail no matter what, and we can win. We will win.