Even if the “Great White” iron fist comes, Foxconn workers will win! 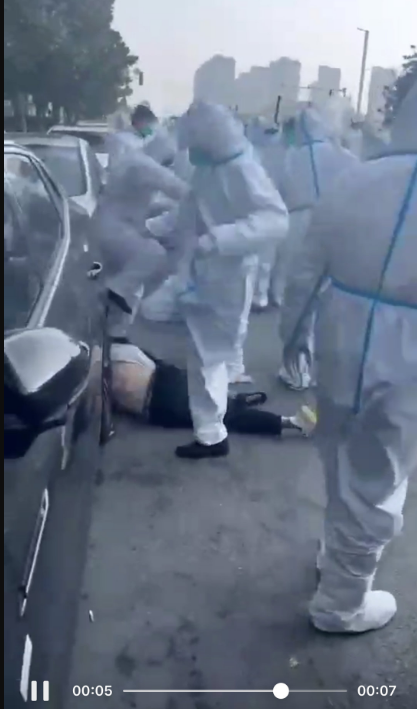 Chinese workers are engaging in mass struggles across many provinces. In Henan province, the Taiwanese factory Foxconn, which manufactures Apple iPhones, saw strikes break out in October over managements heavy-handed methods to deal with a Corona virus outbreak, and disputes over pay and conditions.

The factory, in the provincial capital Zhengzhou, employs around 200,000 workers. Struggles began when Foxconn imposed a “closed-loop” system last month under which staff had to live and work on-site, isolated from the outside world. The system sparked anger over strict quarantine rules, poor conditions, and Foxconn’s inability to stamp out outbreaks.

Management responded by refusing pay increases and recruiting outside labour with promises of substantial bonuses which never materialised.
They also brought in police and security forces in white personal protective equipment, leading strikers to brand them the “Great White” iron fist.
We have translated the following article from a post on the Red China website.

Summary: There are now several objective conditions conducive to workers' struggle: the dynamic clearing of the authorities, the degree of organisation of Foxconn workers, and the situation of class struggle in Henan. The quality of the working class in Henan is improving and the strength of the Henan bourgeoisie is weak. We believe that the Foxconn workers will be victorious.
……………
Foxconn workers will win despite the "Great White"iron fist.
Patriotic masses, 2022.11.23

According to past experience, if the employer does not find enough workers, the final result is that the employer compromises and pays.

Lou Yangsheng, Secretary of the Henan Provincial Party Committee, recently went to Foxconn. What Lou means is that to ensure production, he must either use iron fists or pay money. If the cost-benefit of the iron fist is not as high as offering money, then offer money, and vice versa for the iron fist. The cost benefit depends on whether the workers can be bullied or not. If the workers can be replaced by scabs at any time, the workers will be easily defeated. But now there are several objective conditions that are conducive to the struggle of the workers: the dynamic clearing of the authorities, the organization of Foxconn workers, the situation of class struggle in Henan.

In terms of specific struggles, due to the epidemic in Zhengzhou, it is impossible for Lou Yangsheng to open up a large scale to promote the flow of labour between regions. It will be difficult for Foxconn management to find enough unemployed workers to replace the strikers. It is very difficult for Foxconn's management to effectively break down the workers now, unless they completely liberalize within a week and pull in tens of thousands of outside workers by bus. Some time ago Foxconn was caught in a labour shortage, and even civil servants and veterans were assigned to the factory. There was a place in the US in the last century where, at that time, the steel workers were struggling against the employer .  The steel workers were all veterans who had demobilised and returned from World War II, and because they had been on the battlefield, they were highly organized and fierce. This time the Foxconn workers are not less organised. From the videos it can also be seen that the workers have a division of labour, and when in conflict with the violent authorities, part of the workers are responsible for spreading the word and some for attacking.

In terms of the situation of class struggle in Henan province. Henan Province is inland and in recent years it has been a province with a high incidence of workers' movements, having overtaken Guangdong as "the province with the happiest working life in China" (the number of workers' collective actions is the highest in the country), the experience of the working class in Henan is increasing, and the education of the proletariat, especially the young proletariat, has been significantly improved by the internal volume of education in Henan and Hebei. The quality of the working class in Henan has been improving. In addition, the development of capitalism in Henan is not as good as that in coastal provinces, and the economic surplus held by the local government in Henan is obviously less than along the coast (Henan’s financial revenue is far lower than that of coastal provinces), the grassroots repressive forces are more passive, factional strife is more scrupulous, the repressive methods are more informal and uncontrollable. Once the repression starts, there is a risk of triggering a local social contradiction. The bourgeoisie in Henan is therefore weak, and this is reflected in the videos where we can see the workers overwhelmingly outnumbering the police who have come to control the scene. 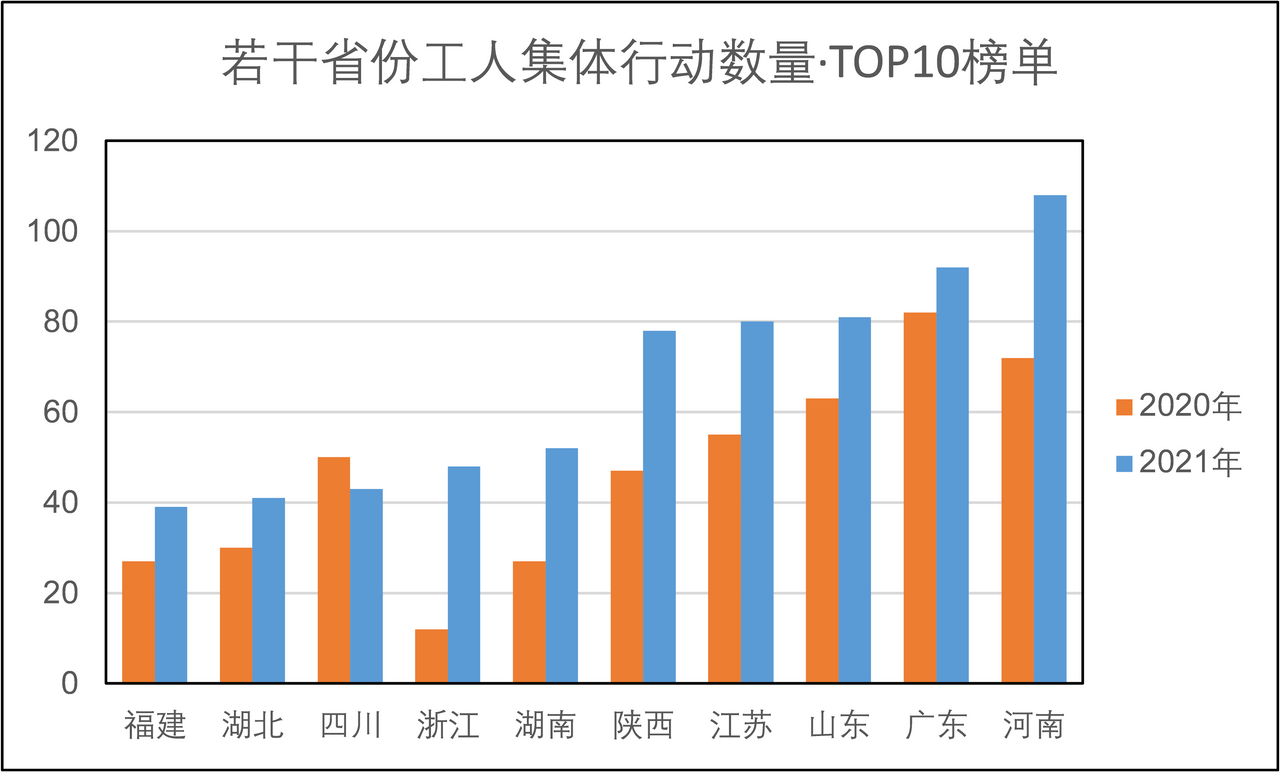 In addition to the favourable conditions mentioned above, there is another one that could be detrimental to workers: the issue of out-of-province people.

Foxconn is trying to split the masses by dealing with workers in two parts: those from inside and outside the province, but this disadvantage seems to be a secondary one at the moment, not a major aspect.

To sum up, we think that Foxconn workers will win.