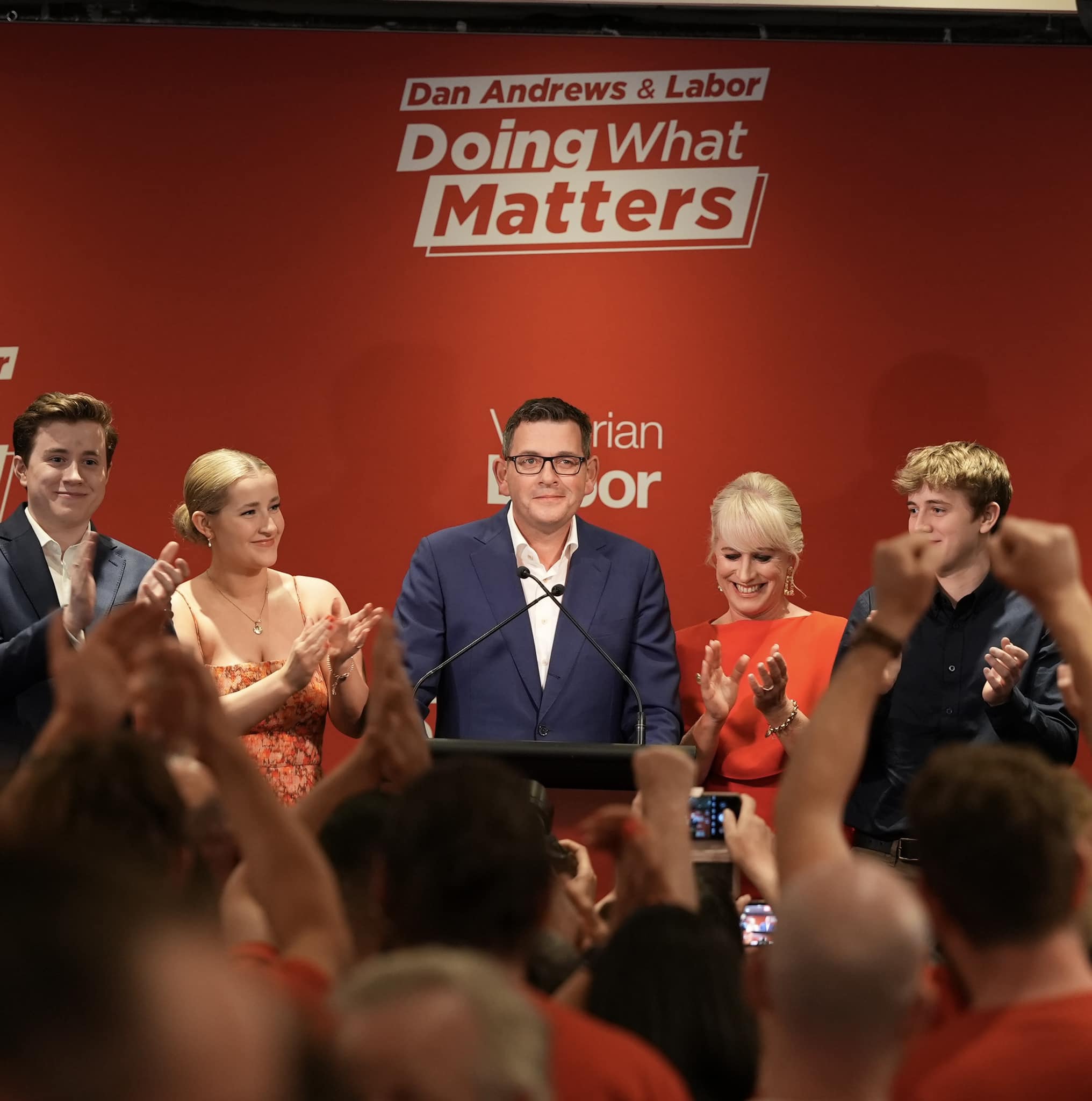 During the evening of the Victorian State Election on Saturday 26 November, I watched the results of the count on ABC TV. By 10.30pm it was pretty clear that the Andrews Labor Government would prevail for another term.

For someone like myself living outside Victoria, this came as no surprise. In the lead up to the election, the big business media tried its best to get people to vote the Andrews Government out due to the long lockdowns of the Covid-19 pandemic period. Big business was hoping that its preferred parliamentary Party, the Liberal Party would then become the new Victorian State Government.

From the ABC coverage of the election vote counting, it looked like Labor first preference votes declined but not in the right seats to throw them out of office, while the Liberal Party embarrassed their big business backers by making no parliamentary gains at all.

The reduced first preference votes for Labor in traditionally strong Labor voting areas in working class suburbs highlights the limitations of Labor in office and limitations of parliament as an institution of capitalism in solving the problems of the working people.

On the eve of the election, the Andrews Government was aware of the unrest among its traditional voter base. It announced that it would fund the establishment of up to 50 new Early Childhood Learning Centres and conduct a review into public school cleaning standards. It also reminded voters of some of its other initiatives on issues such as wage theft.

All these frantic measures by the Andrews Government took place against a background of an increasing emphasis by progressive elements of the union movement in organising workers "on the ground" outside parliament, building working class power in workplaces and the communities.

The Andrews Government in its third term of office will be put to the test by the further development of this growing and powerful grass roots movement of organized workers.

More experience of a Labor Government in office will be a good thing from two perspectives. Firstly, it will show more workers that parliament, even with a left leaning ALP in government is not the answer to their problems. Secondly, it will force the Andrews Government to make more concessions to workers' demands. Any concessions made will be the result of the increased level of struggle by workers outside parliament.