Will trillionaires or Iran’s people benefit from another revolution? 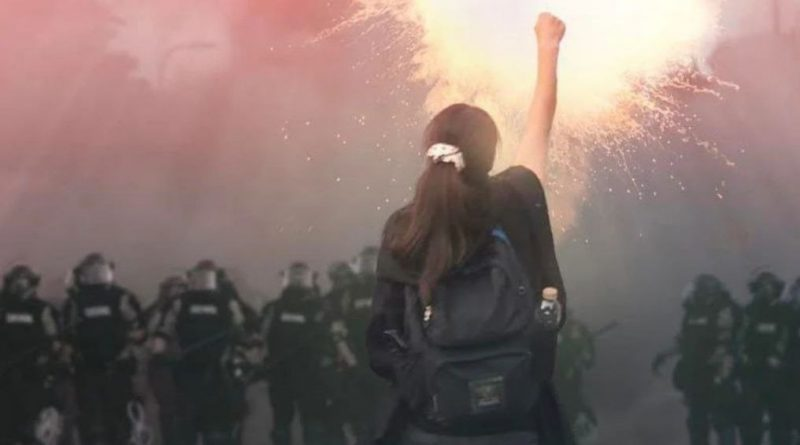 (Above: Photo sourced from Revolution and nothing less! | Communist Party of Iran (cpimlm.org) )

When the 1979 Iranian revolution overthrew the brutal regime of the British and US-installed Shah, people worldwide celebrated. Like those of us who celebrated when the US was defeated by tiny Vietnam, Muslims particularly were overjoyed.  Torture, random imprisonments, murder, suppression had been smashed. Later it became clear that CIA had played a major role in taming the army and making the Shah leave the country.

For some the hijab became a symbol of successful resistance to the world’s most powerful bully. Yet in Iran on International Women’s Day, tens of thousands of women protested against the newly enforced hijab.

Communists, the Islamic left, social democrats were part of the united front that toppled the Shah. Huge strikes played a pivotal role, and women, often carrying children, helped to neutralise and win over the army. Amid the turmoil, Khomeini’s group eventually took the lead and established a theocracy, a dictatorship just as vicious as the Shah’s.

Now, over 40 years later, Iranian women are burning hijabs and theocracy is itself in crisis from people’s uprisings.

Women are in the forefront. Communists, Islamic and nationalist forces have been suppressed and driven underground exactly as they were under the Shah. They are not as strong now as when they – and their armed militias – played leading roles in launching the 1979 revolution.

Last time Khomeini’s name became the strongest rallying call as revolution unfolded. This time it is Mahsa Amini, a young woman who her family say was ‘not an activist’.

A local Iranian, a Kurd, who recently visited Iran says the poor have continually been pushed back until they could take no more, with inflation one of the biggest problems. No one has been allowed to talk or write against the theocracy. Jail and torture were the result if they did.

He tells Vanguard, “For twenty years the ideology police have targeted women over the hijab and over what they do and say. It is one of the weakest points of the Islamic government.

“The current situation is much bigger than other protests in 2018 and 2020.

“When Mahsa Amini was killed, the contradiction between the government and the people became the most important. It is now like a civil war,” he says.

For the US and Britain before it, control of the oil industry and mega-profits, plus Iran’s strategic position remain the other key motivators. A US blockade against Iran has not been successful.

Instead, the formation of the BRICS group (Brazil, Russia, India, China, and South Africa) in 2006, and the escalating economic and military power of Chinese and Russian imperialism sent shock waves through the US ruling class.

“Iran is very powerful in the Middle East, standing against US and European imperialism. The people get no benefit from this policy. Russia and China empower the Iranian regime to stand stronger against the people because Iran strengthens their strategic position,” he says.

He tells Vanguard that unlike the 1979 revolution, workers haven’t come out to the street in an organised way. Without workers the regime would grind to a stop.

There were some strikes, but the working class hasn’t mobilised, partly because six months ago the government increased workers and teachers’ wages in an effort to win them over.

‘Democracy’ has been the catchcry of the current upsurge. Yet it can be both an empty word or even its opposite. The US parades its so-called democracy.

But it is democracy for the trillionaires. Its wealth arose from slavery and even now it imprisons more people than any other country. Human beings, overwhelmingly black and poor are warehoused for profit in its gigantic privatised prisons.

And Australia, our ‘great democracy’, is built on First Peoples’ stolen lands, stolen children, on ongoing invasion and genocide.

Democracy has a class content. Is it democracy for the people or for the richest of the rich?

The richest foreign corporations pay no tax in Australia, while thieving our resources. Our public health, education, housing systems are falling apart, surviving only by unsustainable workloads of nurses, doctors, teachers, cleaners and the rest. Homelessness is sky-rocketing, with older women who have worked all their lives falling victim.

The US and its allies work hard to subvert the current struggle to serve their own interests.

In 1979, ordinary people sacrificed themselves to overthrow an unjust regime, only to see another just as cruel imposed. What tragedy if it happened again.

Deep thinking, looking below the pretty words and ideas to the murky reality beneath and mobilising on that basis, is the hope for the future.